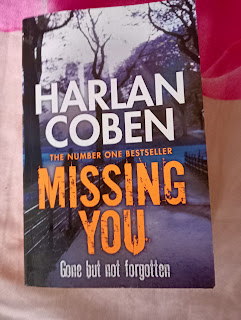 ‘Missing You’ is a stand alone Novel by Harlan Coben which first came out almost eight years back. The protagonist, Kat Donovan is a forty something NYPD detective who has a past. She had to call off her engagement with Jeff, the love of her life almost eighteen years back. Now, she stumbles across his profile in an online dating site only to find out that he is no longer interested in her.

In a parallel track, in the quest to find out the truth behind her father’s homicide, she gets to know that someone very close to her might have had a role to play in his death. As she is battling her own demons, she gets a call from a troubled teenager asking for help. His mother has suddenly disappeared with a man whom he thinks is a scamster. How Kat finds out the mystery behind all these seemingly disconnected events and how it impscts her otherwise troubled life is all this book is about.

Like Coben’s other stand alone works, Missing You is also an absolute page turner. There are twists happening at regular intervals and the moment you think that you have figured it out all, the master story teller pulls the rug from under your feet. The characters are real and relatable and I liked the gentle references to Windsor Lockwood somewhere in the narrative. Kat Donovan is a likeable character and her ambitions and apprehensions feels genuine. The track involving the scamsters was also decently done.

On the whole, Missing You is an intriguing thriller.