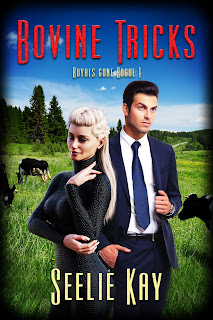 Lady Annabelle Trask is missing. Unfortunately, MISix doesn’t know if they’re looking for a woman, a cow, or something in between!

Is it real or is it fantasy? That’s the question MISix Agent Mathilda Honoria Spencer struggles with on her latest assignment. Tasked with discovering the whereabouts of Lady Annabelle Trask, Tillie is thrust into the world of Hucows and other human animals. It’s a world that raises serious questions about sexual fetishes, intentional physical enhancements, and even pornography, but in the end, Tillie has only one mission—to rescue and return Lady Annabelle to the Queen. However, as she and her partner, Agent Abdul Ali, attempt to find Lady Annabelle and keep her out of the clutches of terrorists bent on destroying the monarchy, they must also wrestle with their feelings for each other. Can they draw the line between their duty to the Crown and their relationship with one another? Or must they embark on separate paths to continue to serve the Queen?

Read an Excerpt from Bovine Tricks

Tillie’s face reddened. Suddenly, she felt quite queasy. She started to speak, but her superior held up his hand.

“There’s more. This is a human-animal auction. It is not limited to Hucows. There will be Hupigs, Huhorses, and maybe even, Husheep. Fortunately, you are to focus on the cows. That is where we believe Lady Annabelle will be found.”

Tillie gazed at him. “What if she isn’t there? What if she has changed…er, species?”

“I suggest you cross that bridge when you come to it.”

“And what am I to do if I find Lady Annabelle? How do I extract her?”

“You purchase her at the auction. You have been given sufficient funds to bid up to one million Euros.”

Lord Ryder nodded. “These cows are well-trained and well-treated. The females are pampered—weekly manicures, hair treatments, and such. A happy cow is a happy milker, as they say.”

Tillie’s eyes widened. “Lady Annabelle could be there willingly? She is not necessarily a captive, forced be a Hucow?”

“Exactly. And that is our dilemma. While the Queen hopes that she is there willingly, several factors are at play. Lady Annabelle may have freely joined a farm to become a Hucow, or she may just have danced on the wild side and somehow wound up at auction. In the alternative, she may have been kidnapped and forced to become a Hucow, or she may have been forced and now enjoys the lifestyle. There are all sorts of reasons she could be there and all sorts of reasons she prefers to stay. Our only mission is to get her out.”

Tillie frowned. “Why would they put her up for auction? Isn’t that a way to get rid of unproductive or uncooperative cows?”

“Not necessarily. Some farms simply raise and train Hucows, then sell them. Given their going rate, it is a lucrative business. A great way to supplement the income from a regular farm. Human cows bring much more lucre than actual farm-raised cows.”

Tillie sighed. “For just one day, I would like to forget that there is a whole lot of people engaged in activities that far surpass my imagination.”

Lord Ryder’s mouth curved up into a wry smile. “Then we would be out of a job.” 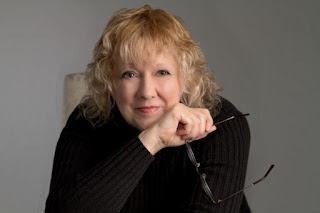 Award-winning author Seelie Kay writes about lawyers in love, sometimes with a dash of kink.

When not spinning romantic tales, Seelie ghostwrites nonfiction for lawyers and other professionals. Currently, she resides in a bucolic exurb outside Milwaukee, WI, where she enjoys opera, the Green Bay Packers, gourmet cooking, organic gardening, and an occasional bottle of red wine.

Seelie is an MS warrior and ruthlessly battles the disease on a daily basis. Her message to those diagnosed with MS: Never give up. You define MS, it does not define you!

Posted by Pratibha at April 10, 2021
Email ThisBlogThis!Share to TwitterShare to FacebookShare to Pinterest