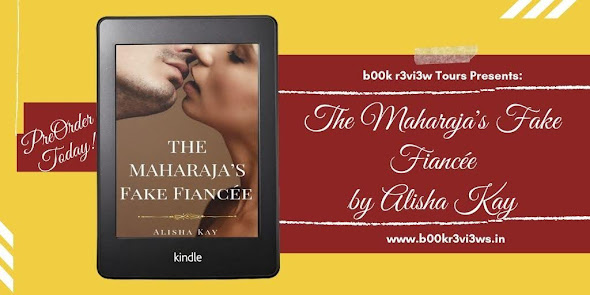 A scandal-averse Maharaja.
A free-spirited actress.
What do you get when you throw them together and add a fake engagement to the mix?
Either a match made-in-heaven or a royal disaster... 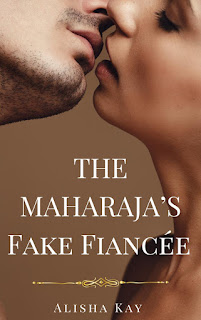 Nivy Sharma knows exactly what she needs - the freedom to be herself and follow her passion. Guess what she doesn’t need? A tailor-made husband.

When her meddlesome mother tries to throw her into the arms of a mom-approved suitor, Nivy runs the other way.
Right into the arms of the man who shattered her heart.
His Highness Veerendra Singh can recognize a pain-in-the-ass when he sees it. Especially when it falls into his arms.
Even if said pain-in-the-ass has legs that go on forever and lush lips that just beg to be kissed, Veer vows to run the other way. As he did once before...
But, when the marriage-minded princess of Tejpur sets her sights on him, Veer runs back into Nivy’s arms to propose a fake engagement.
When 'fake' starts to feel very real, Nivy and Veer have to decide what is important… long-held prejudices or the chance for a life with the only person they've ever loved.
Will this be their second chance at love or will their broken past ruin their hope for a shared future?

Read an Excerpt from The Maharaja's Fake Fiancée

His Highness Veerendra Singh looked at the girl lying unconscious in his arms and his heart skipped a beat. Once, he had dreamed of just such a moment, when Nivy would swoon into his arms and he’d rescue her from a monster. He wondered if he’d stepped into a time machine and travelled backwards, because the last time he had seen that lovely face had been five years ago. Nivy had since scraped the dust of Devgarh off her heels and never looked back.
“Veer, what did you do to her?”
He looked into the accusing eyes of his sister and scowled.
“I didn’t do anything.”
“Zombie’s your dog, and if he scares someone to death, that’s your fault,” she argued.
Veer looked at the unconscious girl critically, and then he looked at his sister.
“She doesn’t look dead,” he said with a straight face.
“That’s Nivy, you dolt. I’m surprised you didn’t recognise her, considering how you watch every movie of hers from the first row.”
Veer shook his head at the utter lack of respect and wondered if he could get away with dunking her in the palace pond. Probably not, he thought regretfully.
Sisters were a cross one had to bear with a smile, especially if one was the head of a respectable royal family. Even if he was sorely tempted to land Jessie a swift kick in the butt, he would grit his teeth and ignore the brat, for he didn’t like to distress his mother.
Meanwhile, Nivy moaned softly, and to Veer’s horror, the sound went straight to his groin. To make matters worse, he realised where his hands had landed when she fell into his arms. The left one was directly under her breast, and the right one was on her curvy butt. He was aware of a sudden need to clench his fingers.
Veer took in a deep breath and tried to channel his thoughts into less lewd directions, but her citrusy scent invaded his senses. As he stared at Nivy, her lips parted and she moaned again. There was a tiny mole on her upper lip that simply begged for a closer inspection.
Jessie cleared her throat.
“I don’t think she needs mouth-to-mouth,” she said, dryly.
Veer realised that he had been bending over Nivy’s prone body. Damn that trouble-making mole!
He jerked his head back, and nodded to the butler hovering discreetly.
“Munshi Ji, please bring us a chair,” he said, with a glare at his sister.
“No, wait! You need to take her to my room,” squeaked Jessie.
Veer looked at her suspiciously. His sister had that look on her face which she got when she was up to something.
Also, why was Nivy not waking up?
As if on cue, she moaned again, and Veer gritted his teeth. He needed to drop this inviting little bundle right now, before he embarrassed himself.
“A chair will do, Jessie.”
His sister put her hands on her hips.
“And which medical university did you graduate from, Your Highness? Stop playing doctor and just carry Nivy to my room, if you please,” she snapped.
Veer rolled his eyes.
“What’s going on, Veer? Is that Nivy? What happened to her?”
Veer stifled a groan, as he turned to his mother who had just walked out of the ballroom where she had been wooing some miserly royals into loosening their purse strings.
“Yes, that’s Nivy, Ma,” said Jessie
“And what is she doing in Veer’s arms?”
Veer opened his mouth to explain, but his pest of a sister beat him to it.
“He was just carrying her upstairs to my room.”
“You can’t expect me to carry her up three flights of stairs, Jessie. Unless you really want my spine to telescope. Is that your grand plan?”
Jessie drew in a sharp breath and stared at him in horror.
“Veer! Did you just call Nivy fat?”
An icy voice echoed her question.
“Yes. Did you?”
Veer looked down, right into a pair of furious brown eyes. Thickly lashed and luminous. But, furious.

Alisha Kay is a Delhi based writer, who writes romances set in India.
She doesn’t hold with the concept of damsel-in-distress, which is why her heroines are spunky women with a sharp tongue and the ability to rescue themselves. Her heroes are hot men who are woke enough to find that independence irresistible.
The Maharaja’s Fake Fiancée is Alisha’s first book.