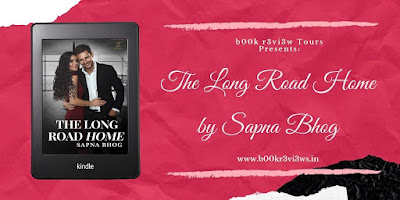 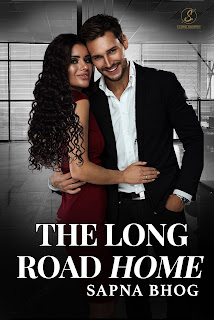 Losing the boy she loved nearly destroyed MEHAK KHANNA. But letting him in a second time can be more dangerous for her. Rishi Sehgal has left a steady stream of broken hearts in his wake and if Mehak is not careful then she may just end up becoming the next victim of his dashing charisma. But Rishi is everywhere with his charm, his wit, and that devastating smile. Now Mehak has to fight a daily battle to not fall for him again.
RISHI SEHGAL has never forgotten Mehak, the girl who broke his heart when he was very young. Thanks to her, he has his rules—no relationships, no staying the night, and no promises. But all his hard rules fly right out of the window when Mehak returns into his life. Now Rishi has to decide if he can open his heart to Mehak a second time.
However, what destroyed their relationship the first time will once again test their love. Will they survive a second test, especially with Mehak’s life on the line? Will Rishi and Mehak learn that true love is worth fighting for?
Goodreads

Naughty, charming, fun, and full of life, there’s a reason why RISHI SEHGAL is known as the heart wrecker. And of course that has to do with the steady stream of broken hearts he’s left in his wake. After having his heart crushed at a very young age, he’s never wanted to commit to any woman. But all that changes once he runs into Mehak Khanna. She’s the only woman who ever made his heart beat and the more he spends time with her, he learns that maybe his perception of the past is far different from hers.

Now Rishi has the huge task to convince Mehak to put the past behind and take a chance on him again.
About the Author:
Sapna Bhog is an author from India who writes contemporary and historical romance novels. As a self-proclaimed die-hard romantic, her books are filled with swoon-worthy heroes and feisty heroines who clash all the time, but do get their happy ever after. Sapna has always surrounded herself with books and when she is not writing she is reading. Originally from Dubai, she now lives in Western India with her husband, kids and a Siberian Husky. Sapna gave up a successful IT career and took a foray into writing and has never looked back since. Her favourite pastimes are reading, writing, traveling and shopping—not necessarily in that order. She loves to hear from readers. So do give her a shout on
Sapna on the Web:
Twitter * Facebook * Instagram
Posted by Pratibha at March 13, 2021
Email ThisBlogThis!Share to TwitterShare to FacebookShare to Pinterest