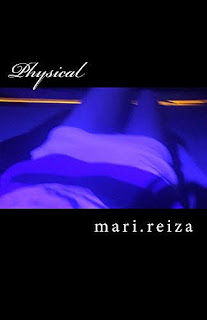 A feminist read that won’t disappoint.

In a small town in Italy, Kiki feels worthless and angry when her longtime partner finds a new cool girl to ride on another decade of easy existence. Meanwhile in London, Fátima, the wife of Kiki’s best friend, is losing her selfhood after giving birth to twins and being made redundant. Both heroines are determined to rebuild the passion and impunity of their youth, vitalizing desires that will bring them to risk everything.

Finally, I got my boss on the phone.
‘Relax, you just had twins,’ she sounded shifty. She hurried to say there was no rush for me to come back.
‘Thanks, but I’m ready.’ I did not like how this conversation had started. Should I call again? Maybe we could do take two.
‘Orso can take care of you now,’ she replied to me.
I told her to go fuck herself, which I had told her enough times before, when we had worked together. She was used to it. She had said the same to me, as often. It was taken as a sign that we respected each other. ‘I do not need anyone to take care of me,’ I elaborated given her silence. Of course I did. But it felt so good to say utter bullshit aloud, like it made it more believable.
‘We’re making one hundred people redundant in the department,’ she came clean under duress. ‘Fátima you are on the list.’
Fucking hell! The temperature of my body had gone up by five degrees in a hundredth of a second. The cold white wine was flashing fast to cool me down, but I still felt the phone melting in my hand. I knew I should not cry with her on the line, and I was speed thinking a good punch. But I was out of practice. She was anticipating me. She was thinking faster than me what I was thinking.
‘Do not even think to sue, Fátima. They are giving some good money. Take it and go. You do not even need this job anymore,’ she said.
Who the hell was she to tell me what I did or did not need, what I was supposed to do with my life?
I was incandescent, my skin tingling like the filaments of a bulb. I certainly was not up to snappy ‘do not worry about it you little daddy’s girl from Notting Hill’ remarks. Yes. I had Dad and Orso spitting gold coins like crazy for me, but living in my brain was hell, because it seemed that whatever I did, it wouldn’t count for shit. I preferred to be spitting gold coins with them.
‘You should feel emboldened by your new life. Focus on that. You have been blessed,’ she added. She was trying a solid voice but I could perceive a quibble. This conversation was not easy for her either.
Yet she would be able to forget it as soon as she hung up. She would maybe pop out for lunch somewhere nice, perhaps with Mark or Rachel, and pride herself for how well she had managed a difficult firing earlier in the morning. And Rachel would know that it was me and say, ‘Poor cow!’ And Mark would add, ‘Well, she had it coming. You can’t have it all.’
The fuck you can’t! Emboldened by my new life... It was going around my head.
My new life as a mother? Blessed for having offspring? How did she know it was a blessing? She did not have any. By choice, I thought. She had chosen not to be blessed. Maybe blessings got in the way. Of course they got in the way.
I decided to stop my tears in their tracks. It even felt like the ones on my cheeks were going back into my eyes, and all the scum that had come into my mouth, driven by rage, disappeared down my throat. My temperature was going back to normal, perhaps colder. It was like we were rewinding the tape. And in a voice icy as Lady Death’s, I only said five words, ‘Just send the papers through,’ and hung up. 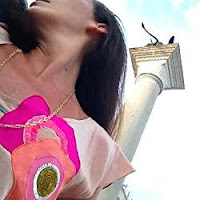 Mari.Reiza was born in Madrid in 1973. She studied at Oxford University and worked as an investment research writer and management consultant for twenty years in London, before becoming an indie fiction writer. Also by her, Inconceivable Tales, Death in Pisa, Sour Pricks, A Pack of Wolves, STUP, Mum, Watch Me Have Fun!, Marmotte’s Journey, West bEgg, Room 11, Triple Bagger, Caro M, Opera, the Retreat, sells sea shells and aberri (homeland), all available on Amazon.