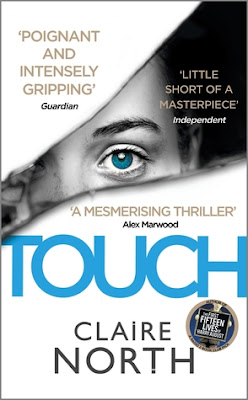 SYNOPSIS - Kepler had never meant to die this way — viciously beaten to death by a stinking vagrant in a dark back alley. But when reaching out to the murderer for salvation in those last dying moments, a sudden switch takes place.
Now Kepler is looking out through the eyes of the killer himself, staring down at a broken and ruined body lying in the dirt of the alley.Instead of dying, Kepler has gained the ability to roam from one body to another, to jump into another person’s skin and see through their eyes, live their life — be it for a few minutes, a few months or a lifetime.Kepler means these host bodies no harm — and even comes to cherish them intimately like lovers. But when one host, Josephine Cebula, is brutally assassinated, Kepler embarks on a mission to seek the truth — and avenge Josephine’s death.

“There is no loneliness more lonely than to be alone in a crowd. No awkwardness more unsettling than the inside joke you do not comprehend.”

“Nothing is ever quite enough. No matter who you are, there’s always something more to be had, which could be yours if only you were someone else.”

“True fear is the fear of doubt; it is the mind that will not sleep, the open space at your back where the murderer stands with the axe. It is the gasp of a shadow passed whose cause you cannot see, the laughter of a stranger whose laugh, you know, laughs at you.”

FL Speak - *deep breathe*
Claire North. You amazing, wonderful writer! Have you read "The Fifteen Lives of Harry August"? Go read that now. And then, return to this. Claire is to thriller what Sanderson is to fantasy. A racy plot and a whole different system. Who would NOT want to be Kepler? The protagonist. Who would not want to jump from body to body, living your life to your fullest in a different skin, every year or week or hour or for a few mins. You can be Tom Cruise today and Maria Sharapova tomorrow, a whore in a red light area or the POTUS. This is what we have been missing in books for so long. Creativity. Claire North makes it ridiculously simple. Be an immortal within boundaries. Hah! Even Gods have issues. A bit of Jumper and a bit of the Host, mash it together with more brains and a chase and we have Touch. This book made me jump up and down, giddy with relief, taut with fear. What do you to when you can be someone else with just a bare touch? And specially what do you do when someone knows what you're capable of and is hunting you? Run? Touch? Jump? Or bring the fight to them? When you've managed to live for centuries and faced off one foe or the another, nothing seems too dangerous. And when you don't see it coming, what would you do? Go pick this one up. It's one of those books that never lets you keep down.