The Couple Next Door by Shari Lapena 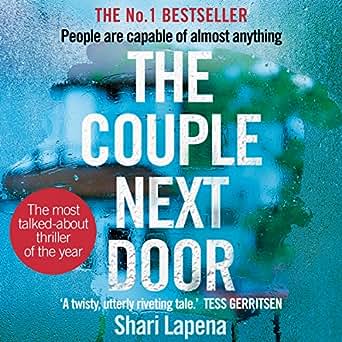 Shari Lapena's 'The Couple Next Door' was one book which I had wanted to read for quite long. It took me almost a year to get hold of this book, but then, once I had it with me, it took me only a couple of hours to finish reading it! Though it had shades of 'The Girl On the Train' and 'Little Face' ,it turned out to be a true page-turner and totally worth the money spent on it.

Anne is a new-mom and she lives with her husband Marco who is quite supportive of her and her child.They get invited for a dinner by their next-door neighbours and in the process leave their baby at home alone only to realize later that she has gone missing.This suspense filled novel is all about their efforts to get Cora (the baby) back.

The writing is crisp and fast paced and we get to know many intricate details of Anne and Marco as a couple. There are plenty of twists and turns and at no point of time the reader gets bored. Although the build up was quite good, the climax was pretty lame, I felt.

On the whole,'The Couple Next Door' is an interesting read.It doesn't have much depth but is definitely a paisa- vasool time pass read! I am giving it a 3 out of 5.