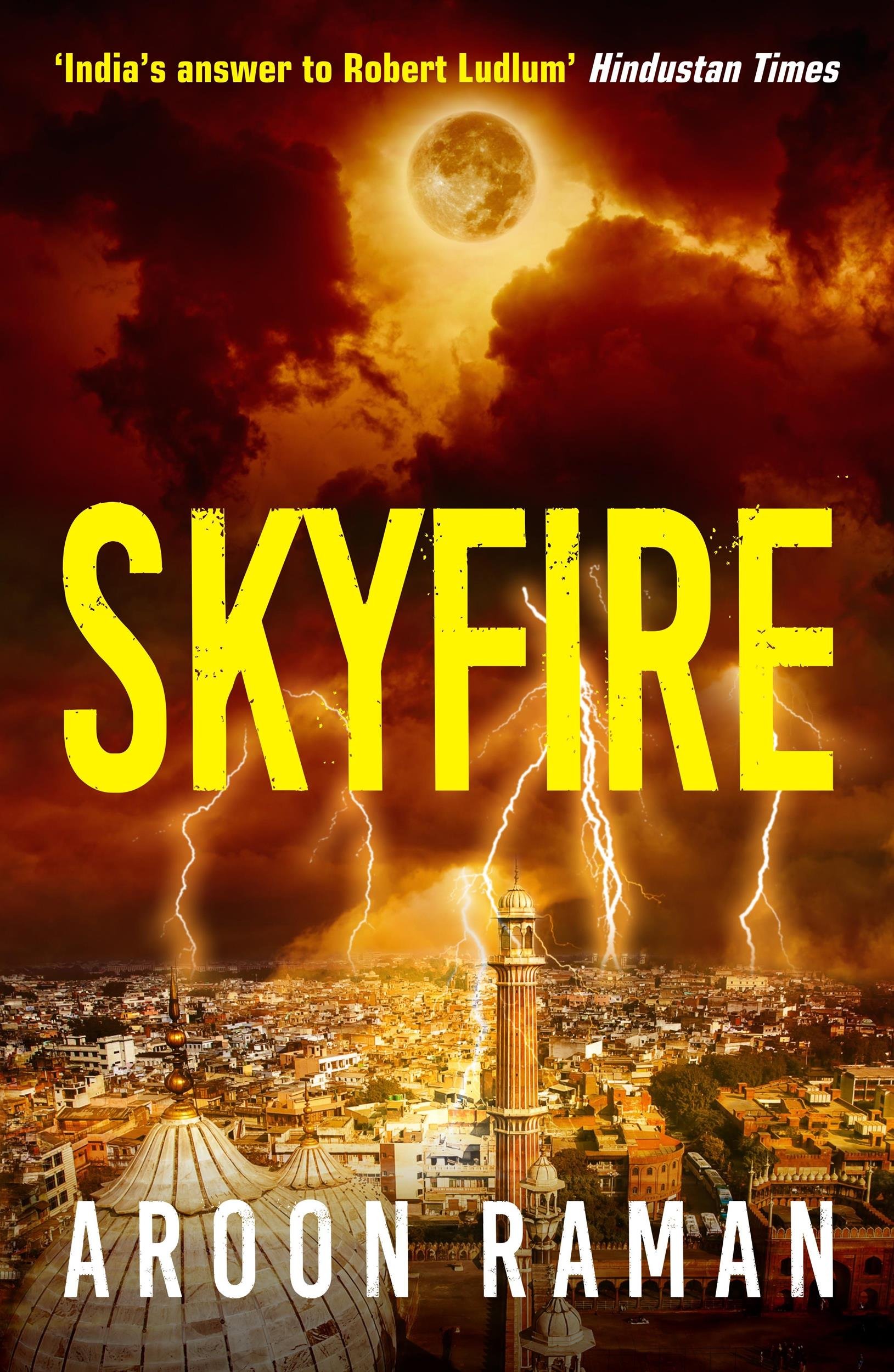 Skyfire features Syed Hassan , Meenakshi and Chandrashekahr from Aroon's previous book "the shadow throne" which also was a crime thriller from the way it finds mention it in the current one :)

Skyfire is a story of manipulation of weather and kidnapping of random kids from Delhi that gets noticed when one of Hassan's protegee disappears and the police come asking for him pertaining to a fake robbery case. While Hassan ( whose cover is of ACP but is actually is one of India's top secret service agent ) is stuck with issues of national security , his friends Meena and Chandar are left to do some poking and thinking on their own about the disappearance and the weird clues that the boy Gopal has left behind. The story felt like watching a movie where in you have a feel for the bad guy right from beginning but you are curious to know how it all unfolds. As the story progressed , I kind of felt compelled to finish it but there was a sense of disappointment too for the events became a little too difficult to accept on face value. It sure felt like an old movie where the villain needs an audience for all that he has been trying to do from years.

There are few twists and sequences that I liked more than the rest and the portrayal of how mistrust and miscommunication can be so dangerous in today's world is something so dreadful and shocking. Skyfire is engaging and fast paced, so much that I took barely 60 hours to finish. A new form of weapon , an intelligently researched theme but a little too stretched plot frankly.