#BookReview: The Curse of Bhrama by Jagmohan Bhanver 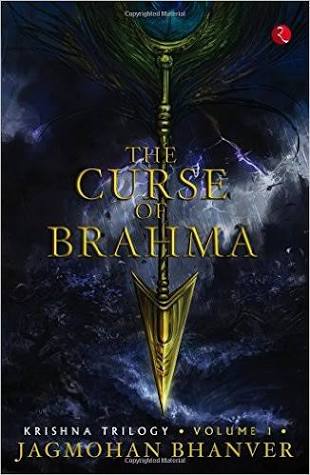 Curse of Bhrama is an intelligent story that culminates with birth of Lord Krishna. For gods to be born on earth , one needs an opponent worthy enough. Kansa proves to be an unusual choice but then, destiny and other's cunning motives have wrecked many a souls from countless ages.

I liked the way the author has decided to paint Lord Shiva, Vishnu and Bhramma. So i kind of beleive that most evil men have been hurt or wronged in some way that tipped them over the edge. It is no excuse for the evilness but sometimes just a cause. The author has tried to use the same line of thought as he creates the Dark Lord ( would have preferred a different term coz this reminds only of HP! ) who was once the star pupil of Bhramma. The same person when cursed to the deepest of hell now decides to take his revenge on Bhramma, destroying anything that comes in between.

The writitng is engaging, descriptions detailed enough to give the reader a visualistic experience. Some of the characters and their back stories are used well to keep the story uniformly paced and even add more drama to it. The situations suit the men and times of India those many centuries back and I could not find much reason to look for flaws.

Definitely looking forward to the next book.