Mithra is a story of a Mitrhraveera , the only girl born to the cheif of Virpur who willingly becomes this successor on condition that she will never marry. Her decision binds not just her but also Dhruva , who has been trained by Veera's father and has been entrusted to care for her. The two names - Mithra and Veera are symbolic to the story as one is of the girl who had feelings and other is of the Warrior Veera who lives for her duty and her bond with Dhruva. Then there is Shaurya, the  ruthless prince of the enemy nation who falls in love with Veera from the first time he sees her. He is jealous of Dhruva and hatches a plan to take Veera away from everyone, for himself. The setting of the story and the characters add a charm to the story that makes you turn page after page with anticipation.

The story is quite simple but what makes this book engaging is the way it is written. There is simplicity and transparency in the bonds between characters - love , friendship , duty , jealousy and even the mixed ones that arises from being ignorant of other's feelings and intentions. There are lot of subplots to the book which may or may not interest you but they have a reason and purpose. As much as the book focuses on the relation between Dhruva and Veera, for me it was more of a story of people's loyalties and duty and the thin line we cross into dark areas for sake of love. In fact the love story becomes a little too repetitive for me by the end. I felt some paragraphs could have been skipped in editing.

Also , I did not see the need for a sequel for this story. Open ended or not , I am happy with this book for now. 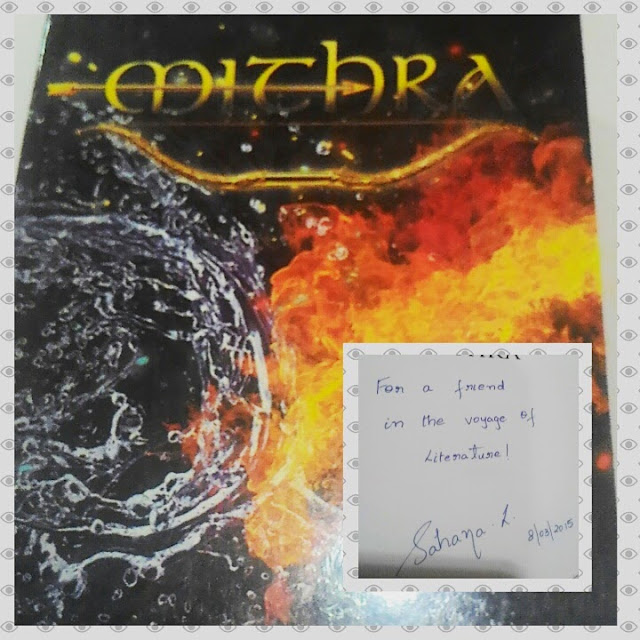 Posted by Pratibha at May 24, 2015
Email ThisBlogThis!Share to TwitterShare to FacebookShare to Pinterest
Labels: Indian fiction, PratsReads, Romance, Sahana L