The Seal Of Surya by Amritanshu Pandey

I still remember the time when I had promised not to read indian fiction 'cause it only offered romance and teen mushy stories. Then i discovered mythology and as indian writing evolved to various genre, history fiction was always an untouched genre.

Am so glad that finally when I chanced upon that, it was with this book. While we might consider Rama as either god or human, the fact is some one founded Suryavansha thousands of years before him. And with him, there were various other princes and enemy clans too. And their ancestors who weresometimes right , sometimes wrong.

The Seal of Surya is the story of the first king of our lands - Ikshvaku who at the age of thirteen became the first boy king and each day of his living breath, he proved himself worthy of the title and respect. This is the story of his youth , his achievement and his shortcomings. The trail of his quest for first material and then a reason to justify the same is well articulated here.

Over years of reading fiction I realized that no matter how much you elaborate a story's cast or focus it on a character, the truth is that other parallel stories and people exist all the while. The art is to find the perfect balance in the stage set so as not to shadow the central character and his quest with those of the rest. This book is a fine example of that. The way the author has presented the story is no less than watching each development in this adventure on a large screen of my mind.

If only the whole of history was not just his-story but rather passed to us as our story , our own legacy that defines who we are and has been the guiding light of so many other tales.

I eagerly await the author now to tell us about the next generation of kings and warriors and so on till we identify the lines and tales of them all. 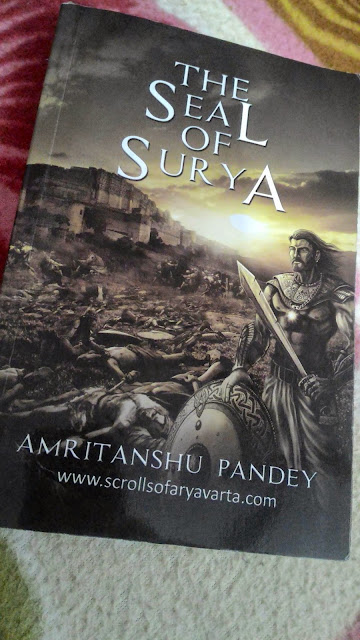