In conversation with Kishore Modak

Author of Maid In Singapore (2012) comes up with another intriguing tale Lost In Pattaya. Having read and loved both the books , It was a treat to have this conversation with Kishore Modak : 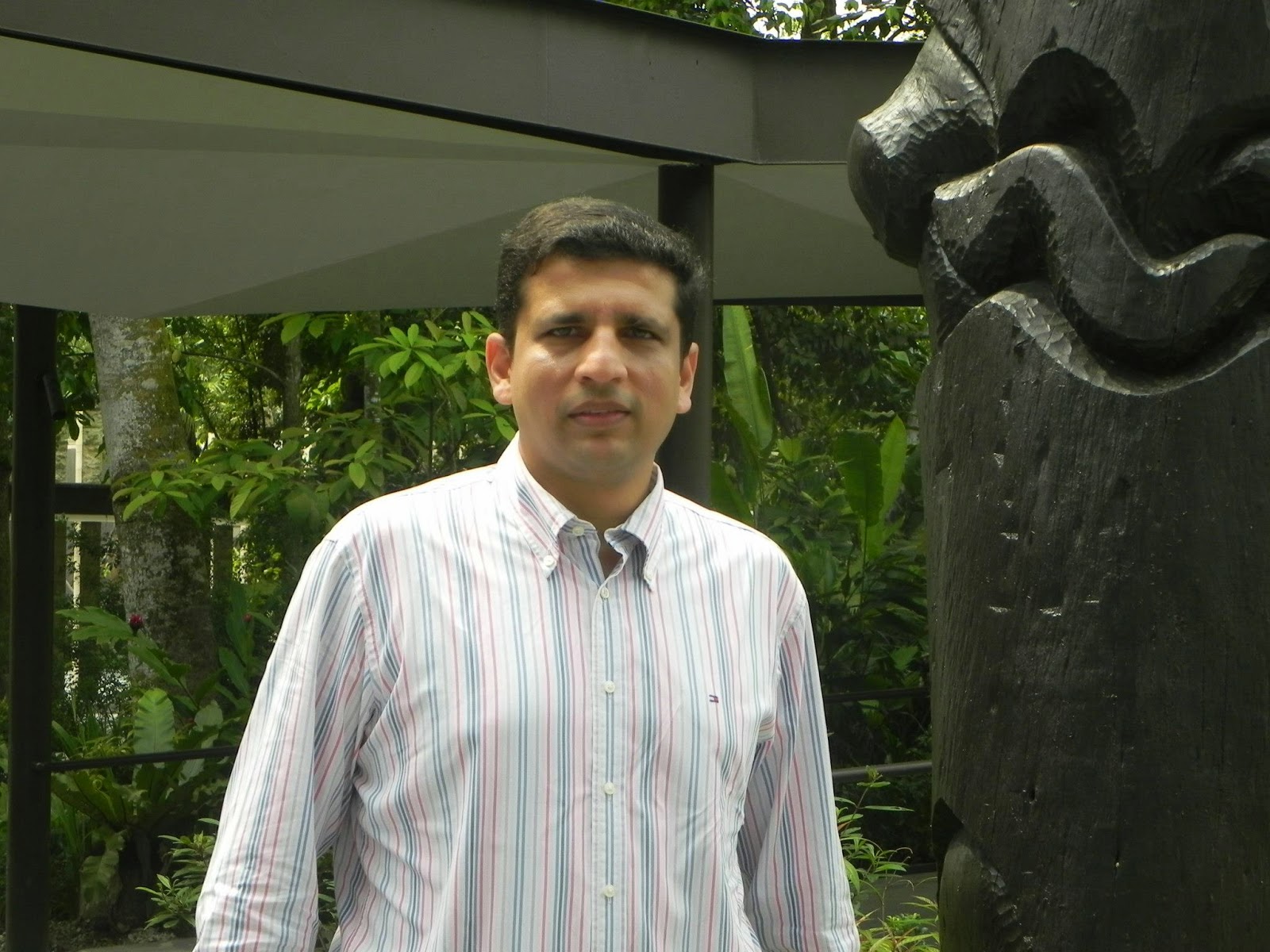 You have an impressive job profile and looking at that one wonders, how did you start writing? Did you begin with novels or were there other works before your first book?

Thanks a lot for your kind words and the opportunity to speak to you here. I started writing about three years back. Before that I had not really written anything with the intent of seeking readers. The writing has been a result of thoughts inside my mind that just had to be let out. Fiction is a platform that lends itself to expressing very real thoughts in the garb of fictitious flotation. In the beginning it was simply that, an outpouring. When I finished writing my first book, titled, The Corruption of Inspector Deshmukh I was pleasantly surprised with four publishers coming forth with proposals for paperbacks. After signing with Grapevine we went through the process of editing etc. before I was struck with the ideas that became ‘Maid in Singapore’. You may be surprised to hear that ‘Maid in Singapore’ was written over a period of merely a fortnight, the idea had taken such a deep root that I found it extremely fluid to convert it into a manuscript. When the Grapevine team read the ‘Maid In Singapore’ manuscript they too supported my decision of shelving ‘Inspector Deshmukh’ and proceeding with ‘Maid in Singapore’ as my first offering to the market.

Apart from novels I have also penned a radio play and few articles which can be found on my blog.

2    Was “Lost in Pattaya” an instant manuscript from the beginning?

‘Lost in Pattaya’ was a much more tedious journey. The novel was re-written with the settings changed to Mumbai and Goa rather than Bangkok and Pattaya. You can imagine the back breaking work that would have gone in. It did not work out and we had to revert back to the original settings of Bangkok and Pattaya before we went ahead with the publication. In my mind the settings of a book are what lend a character and a feel to books like Lost in Pattaya. Tampering with that often kills the manuscript.

KM: South East Asia is a true confluence of cultures and civilizations. It is a melting pot of Indian, Chinese, Western, Far Eastern and Indigenous cultures. From the remains of the most ancient relics of humanity to the modern advent of metropolises, South East Asia offers a colorful people, people full of stories. So, having lived and travelled across this region, it was natural for me to anchor the settings of these two published books in this region. However, Maid In Singapore starts in Singapore, moves the action to London and NYC before resting in the Philippines. Lost in Pattaya is completely set in South East Asia, but, The Corruption of Inspector Deshmukh is set entirely in the Western Ghats of India.
The settings in which books are cast are extremely important since the story and the characters feed off those settings. Verisimilitude in fiction, often comes from the interaction and behavior that the settings force the characters to enact, almost as if the settings themselves are a character in a novel. It is the reason why re-writing Lost in Pattaya in non-South East Asian settings just did not work. It had to be in South East Asia for it to jump to life and to add colour to the tale.

4      Both your books have different plots – believable yet difficult to accept. Are these stories purely fiction or inspired?

All my three books, two published and one in my disk, have been inspired by real life people and incidents. They may seem bizarre but the inspiration for all the books have come from exchanging stories with friends and acquaintances over coffee or drinks or simply in short corridor conversations. Some stories just take root in the mind, and over a period of time they grow and reach a size where they have to be written out and cannot be ignored any longer, they just need to be released from the prison of the mind.

5  Did you ever wonder if these stories would be rejected by Indian market? Your first book particularly had some mixed reactions when it came out.

Yes, all the time, failure lurks in the dim corridors of our mind. If you see the talent around and draw simple odds of writing, and then getting published, they are so meager that you might as well not write at all. It is the brash I believe, that write before computing the probability of success, and for them it is the story that they want to relate which is important, rather than the formula-genres that the publishers demand on their websites. From the beginning, I have enjoyed reading my writing and that has kept me going, almost as if I need only one fan, me myself.

Maid in Singapore has extreme views rather than mixed ones. Readers either love it or they hate it, and there in it triumphs. I have had almost no one who has ignored it, they have either loved it or hated it. It remains dear to me and I think the fortnight that I wrote it in is like a magic that finally revealed a hidden trick to me myself.

6      Is there any story that you would want to write based on India, set in perhaps your home town ?

Yes there are. One particular idea revolves around historical fiction, it has been taking a proportion in my mind. If that sees light, it will be set in and around what are the boundaries of the current state of Maharashtra. Also, if we decide to move forward with the un-published novel (Inspector Deshmukh), then that too is set in the Western Ghats which is where my ancestry traces back to. 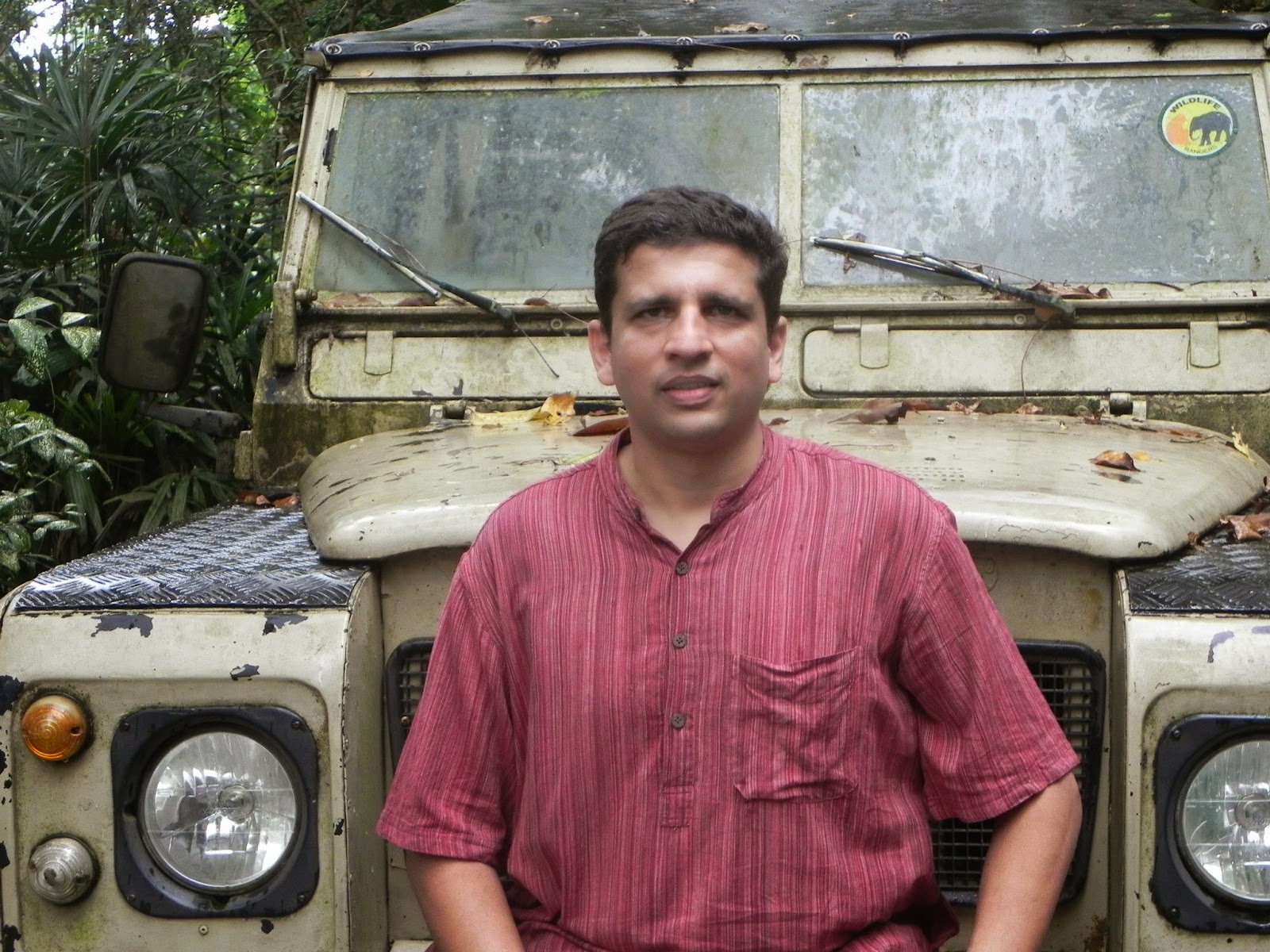 Where did you spend your childhood? What books influenced you most growing up?

My childhood was spent travelling across India since my father was serving in the Indian Army as I was growing up. A bit later in life, education and work kept me mostly in South India but then owing to the requirements of business travel I have travelled across quite a few large cities across Asia and the US. I have been living in Singapore for about a decade now.
When I was growing up Tintin had a profound influence on me. I still believe there are important lessons in storytelling that can be learnt from Herge and his treatment of the Tintin journals. In those early years we read the abridged classics which were part of the daytime curriculum as well as the hide-and-read Harold Robbins phase, which were read at night. Still remember speeding through ‘A stone for Danny Fischer’. Before the internet, adolescent excitement was often provided by a black market of kids exchanging books they knew were not age appropriate. A little later the expansive works of James Michener kept me enthralled for years. He provided a platform for us to understand our world better through fiction, a worthy recommendation for those who claim – I have stopped reading fiction altogether. More recently I have been completely taken in by John Banville, particularly his Copernicus, Galileo, Kepler trilogy. Jeet Thayil, David Mitchell and JM Coetze too have had an influence on me in the recent years. All the while the classics of literature is something I always turn to, like a coach who can help you when you are stuck with style and technique. Amongst those classics, all the original English works of Vladimir Nabokov have left a deep impression on me. His treatment of human frailties is very bold, often because it is a very real and genuine portrayal.

8      What according to you makes your stories and writing stand apart from the rest of the writers? Is it something you consciously work on?

Thanks a lot for the question. I am glad that there is a stand-out-ness here.
Consciousness itself is a differentiation, since it forces us to narrate a unique and individual existence. Like this interview and its editing, which has been a unique meeting of grounds, yours and mine. So the answer is YES, I work on it, since the whole idea is to set a story, like a cake, or an ice-cream with a unique recipe for another to relish.
I think sexuality and its adult treatment is unique in my works. We shy away from visceral topics, and I have simply attempted not to do so in my books. A lot of readers, especially younger ones are surprised with the raw treatment of adult themes that my books have, but I have to say that the acceptance that I have received as I have presented these new themes to the audience has been very encouraging to me. It proves that there is always a space for us to present new content and themes through fiction.

I assume you have kids and I wanted to ask if your kids have a habit of reading? And, how you would as a parent try to make them read since you are such an avid reader yourself.

Yes I do have kids and the fourteen year old is always happy spending time with books. Reading does need a host when you are young, someone who can show you the pleasure that good books can provide. I have always picked out the books that I have enjoyed and passed then on to my kids.

Thank you Kishore for your wonderful thoughts.


Thanks a lot for reaching our and allowing me to table some of my views on the questions you have put forth. It has been a pleasure.