Twenty-something Vikram rebels against his father and the mediocre life his engineering background has ordained for him by travelling to Delhi to become a stand-up comedian. Only, he is forced to see the serious side of his jokes when circumstances compel him to accept the position of a journalist at The Great Indian Democracy, an upcoming political magazine. Life drifts along through plagiarized articles and pub-hopping until one day he finds out why he was hired in the first place. And meets Advaita, the annoyingly beautiful intern with whom he falls in love 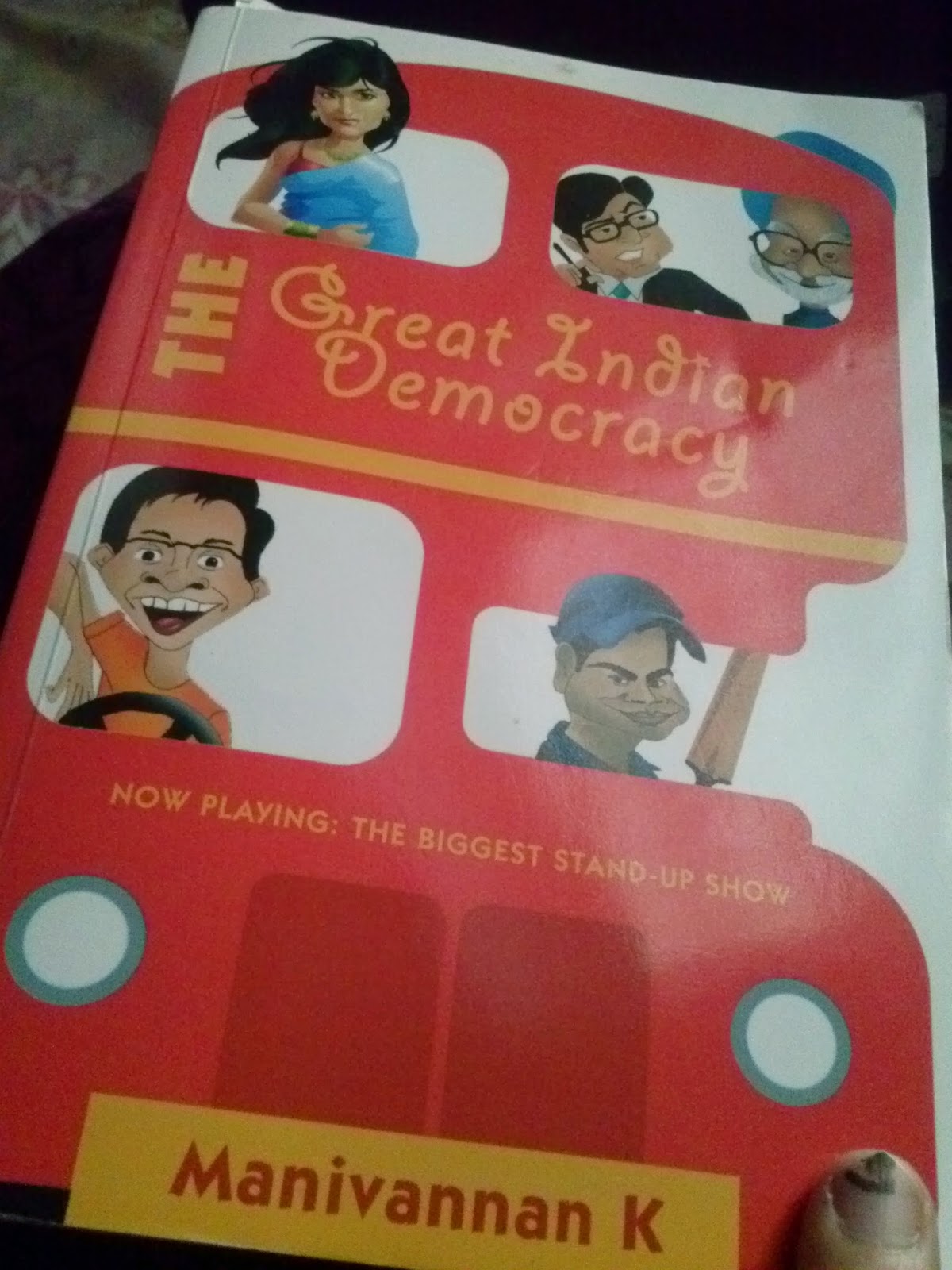 Review : Most of us are painfully aware of the state of democracy in the country and of the jokes that pass around on anyone and everyone popular in the nation. Hence, my expectations from the book were a bit high. Not in the terms of plot but for the humor part.

The book has a predictable plot and a little to offer for the lead characters. Its other characters that i liked more. Ramesh Anna , Sus Cheta and lakshaman, though typical were still very crucial for the story. The conversations with Ramesh Anna and the boss were some of the best parts in the book. Specially Vikram's boss known in the book as Baldy. His story and his conviction to run the GID magazine is what made the book going for me. There is a little overdose of bong , mallu and dilli girl stereotyping which i felt is not even funny most times ( personally i do not like such jokes , so maybe others would like them more ).

The book talks of a lot of issues,which some of us identify with and have voiced our opinions against.And then once in a while it makes you really think and question your actions !  It builds a hope the perhaps more people talking and writing about change would help in starting the revolution we need. but it doesn't leave me with much confidence. I had mixed feelings reading this one. Too much to think , to much a void i feel right now personally. So thought provoking this one sure is , not as funny though.

Rating : 3/5 . A light read but if you are a responsible citizen, you will relate and feel about a lot of things in the book
Posted by Pratibha at May 29, 2014
Email ThisBlogThis!Share to TwitterShare to FacebookShare to Pinterest
Labels: General/Indian Fiction, Humor, manivannan k