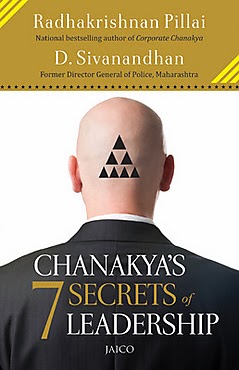 Strategy is a very important quality of any good leader. But what are the secrets to leadership? Chanakya, in his Arthashastra, had a concept called Saptanga, the seven pillars of any kingdom. In this book, author Radhakrishnan Pillai delves into the saptanga with the example of Sivanandan, former DGP of Maharashtra and in his eyes, the archetype of an able administrator and one of India’s most respected police officers.
I’ll say one thing about the book. It’s very organized and easy to understand. When it comes to any kind of non-fiction, it is important that the book’s language not have too much jargon that only a particular set of people will understand. The authors say at the start that the book is kept simple, and I felt that was true. The book is covered in sections and each section is detailed. It’s pretty useful for many of us.
The thing about any book is that there will be a reader who loves the genre, and some who cannot digest it as easily. When it comes to non-fiction books, I’m most of the times part of the latter kind. It is because of this personal preference that I didn’t enjoy the book as much, and that I am not going to offer suggestions for improvement. I would say that this book might be helpful in slowly adding some qualities of a good leader into our character.
About the authors:
Radhakrishnan Pillai is the Founder-Director of the Chanakya Institute of Public leadership (CIPL). He has represented India in various national and international conferences and has taught at educational institutes in Germany (Heidelberg, Cologne), UK (Oxford, Cambridge) and India (IIT, IIM and IISc).
D. Sivanandhan is a former Director General of Police, Maharashtra, and one of India’s most highly regarded IPS officers. He has been instrumental in rebuilding the defenses of Mumbai after attacks in November 2008 and has served as member of the special task force in the National Security Council Secretariat.
Book Details:
Title: Chanakya’s 7 Secrets of Leadership
Series: N/a
Author: Radhakrishnan Pillai, D Sivanandhan
Genre: Non-fiction
ISBN/ASIN: 9788184954012
Publisher: Jaico
Price: INR. 299

Reviewed by Leo, for Jaico Books.