Fantasy fiction is a genre in which I’ve always believed that the story needs to be easily imaginable. It needs to bring out images in the reader’s mind, bringing the scene to life. From the summary of a book, it may not always be possible to do that, but I felt a bit of mystery in the summary, which intrigued me even before I began to read the story. 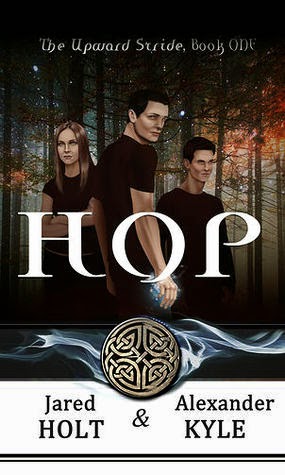 The story brings out the life of Jonathan Troy, his stepdad and stepbrother Jude, and people in their life, like Troy’s friend Michael and Lana Vander. The book is about their life. Troy is the genius brother, to whose standards Jude must match, according to their father, and something that irks Jude. The characters are teenagers, and through the story we watch them in their lives, as they bicker, laugh and have fun, and deal with life as it comes at them (granted there are some things that are unusual, but that’s why it’s a fantasy after all).

Initially atleast, the book seems more about their life than fantasy, growing up and the problems they face, the crushes and rivalries, the expectations from relationships and such. While this did make reading this book a tad boring for me, I liked that it created more depth in their characters. It was quite nice watching them mature. When the fantasy, the action did come, it came quite nicely and I felt engrossed by it, and the concept of The Verge overall I felt was well thought of, perfect for a fantasy with a new world exploration involved.

I think the authors have paid attention to the characters very well, and their dialogues and responses seem apt for the situations they are in. The language is not heavy on the reader either, quite simple and fluid. It’s easy to imagine the scenes, but sometimes I didn’t feel the magic in them, perhaps due to the drama of life of multiple characters also mixed into it.

After reading this book, I’m not sure how successful the book is as a fantasy, but I feel it is definitely not a failure. Best wishes to the authors for the success of the series.

In A Gist:
Positives: Simple narration, good depth of characters and dialogues, quite good fantasy world.
Negatives: Life and fantasy together makes it a little boring sometimes,.

About the author:
Alexander Kyle is a South African author, who has been imagining fantasy worlds ever since he heard his first fairy tale. He is also an avid gamer. He has written his first fantasy fiction along with his friend Jared Holt, who is currently working as an assistant English teacher in Japan. Jared is also an avid gamer, and loves reading books as well.