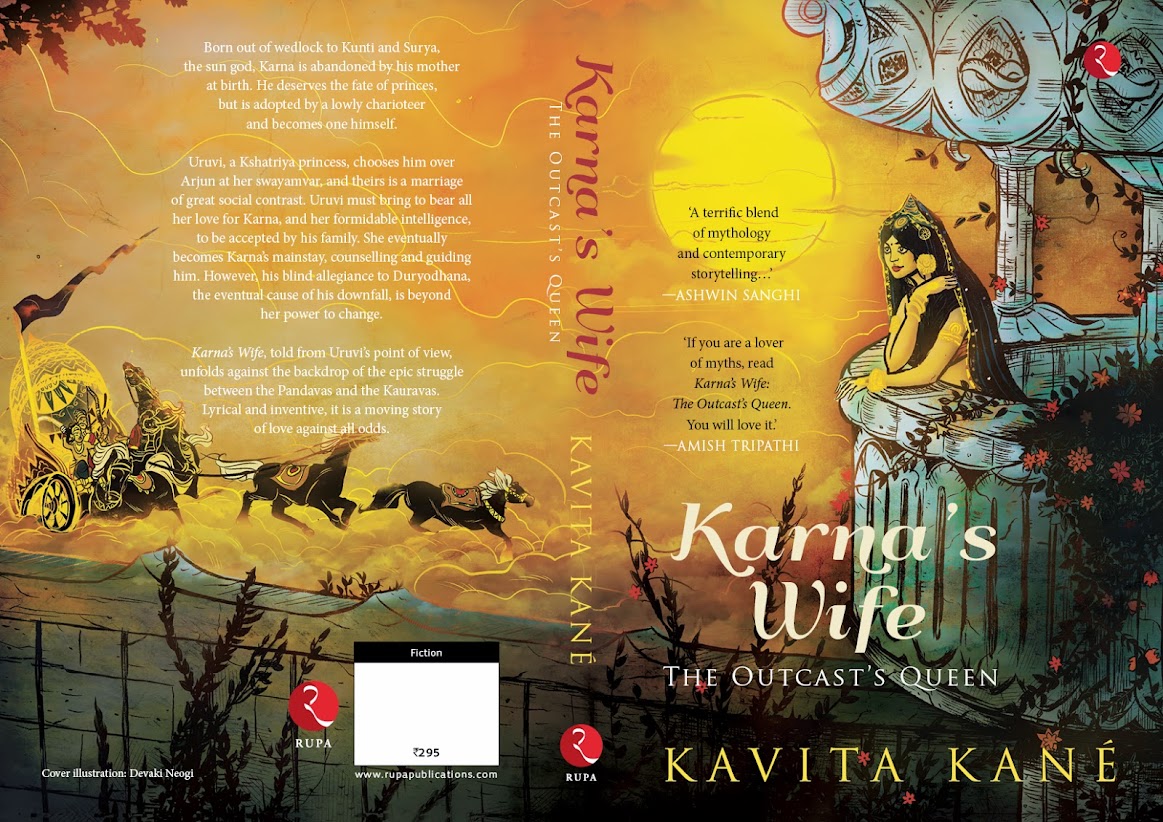 My interest in Mahabharata started with the book "Illusions" Little did I realize that my love was not for the story but the emotions that the people feel and how it shapes their story. How it led to the epic battle in the end.

Also, I felt that the female characters in the story would have more to offer than they are credited for. Apart from Kunti & Draupadi , are the others merely flesh and have no feelings or choices ?

And so , when this book came to me , I was overjoyed. I frankly did not know Karan's wife name ( or that he had two ) and certainly did not expect his married life to be such an engaging tale to know.

Karan is one of those characters in this Epic saga that you think you know , hear about often , but do you truly know about him as a person ? Kavita has portrayed his life in such heartfelt and honest colors that one definitely will fall in love with him.

You would say , the book is named Karan's wife so she should be in limelight. Uruvi sure is , but Kavita has managed to use Uruvi's thoughts and conversations with other characters to bring about a unique retelling of Mahabharat.  One of my favorite conversation is between Uruvi & Draupadi following Draupadi's humiliation at the Raj Darbaar. More than any other book , this part of Kavita's book shows us Draupadi's character and her destiny charted by not her choice but other forces. There are lot of "what if" is Mahabharat and Kavita has traced each to its source and probable reason too. Kunti's tale , Draupadi's role in making the war happen , Karan's sacrifices and his loyalty to Duryodhan - everything gets a more depth after reading this book.

I can go on about a lot of other parts which totally moved me and made me love this book so more but I hope , you would sure pick this one for a beautiful tale - a tale we know , yet not.

This book was sent to me by Rupa Publications for review and I am glad I had the chance to do it.
Posted by Pratibha at October 21, 2013
Email ThisBlogThis!Share to TwitterShare to FacebookShare to Pinterest