It's kind of a funny story - Ned Vizzini 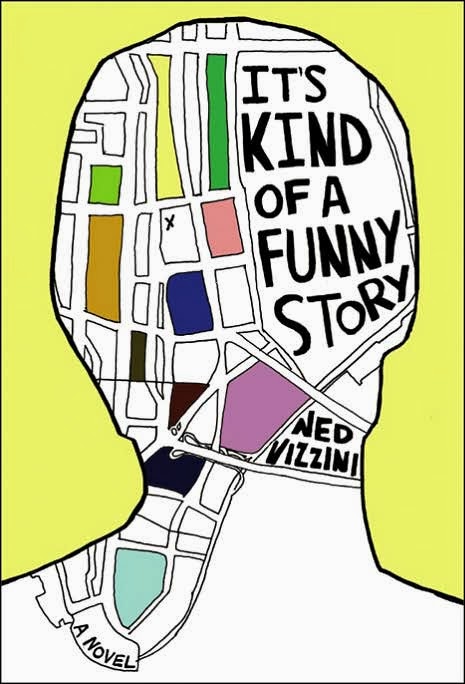 Like many ambitious New York City teenagers, Craig Gilner sees entry into Manhattan's Executive Pre-Professional High School as the ticket to his future. Determined to succeed at life-which means getting into the right high school to get into the right college to get the right job-Craig studies night and day to ace the entrance exam, and does. That's when things start to get crazy.


At his new school, Craig realizes that he isn't brilliant compared to the other kids; he's just average, and maybe not even that. He soon sees his once-perfect future crumbling away. The stress becomes unbearable and Craig stops eating and sleeping-until, one night, he nearly kills himself.


Craig's suicidal episode gets him checked into a mental hospital, where his new neighbors include a transsexual sex addict, a girl who has scarred her own face with scissors, and the self-elected President Armelio. There, isolated from the crushing pressures of school and friends, Craig is finally able to confront the sources of his anxiety.

Craig Gilner's story, at the roots, is something almost everyone can relate to.. Sometimes you work your ass off for something and having achieved that, in the end, feels so ordinary.
It reminds me a bit, of John Green's writing although when the two of them co-wrote 'Will Grayson, Will Grayson' the end result is two distinct wonderful writings.

It doesn't treat a mental breakdown, the wanting to commit suicide or eating disorders with a surrounded air of stigma. In fact, this book kind of puts it into better light, the fact that everybody is messed up and just deal with things differently. The book is also not overly optimistic, conducting miraculous recoveries overnight and I'm thankful for that, because it makes the end so much more believable.

Both the female leads in this novel, the ones who appear to be whole people, are treated by the protagonist often as just objects of his lust, and not affection. I didn't really get convinced that what he feels for them was more than just attraction, or a crush. Also, sex is hyped, boobs!!!! panties!!!!!
**
Overall, you do connect with the character and you realize that these things happen and it's alright to ask for help.The fact that the author himself has spent 5 days in an adult psychiatric certainly helps and that's what makes Craig's entire experience in the facility extremely believable, sheds a new light on the on-goings, the patients and the care taken and gathers understanding, not plain sympathy. The reactions of all his co-patients as he's leaving are beautifully put, especially Bobby's & Johnny's because that's what makes this book real.

"I'm not better, you know. The weight hasn't left my head. I feel how easily I could fall back into it, lie down and not eat, waste my time and curse wasting my time, look at my homework and freak out, and chill at Aaron's, look at Nia and be jealous again, take the subway home and hope it has an accident, go and get my bike and head to the Brooklyn bridge. All of that is still there. The only thing is, it's not an option now. It's just ... a possibility, like it's a possibility that I could turn to dust in the next instant and be disseminated throughout the universe as an omniscient consciousness. It's not a very likely possibility."

2.5/5
It's not the funny funny, if that's what you're looking for but it makes for an intriguing read, although you might find it a bit too teenish at some points.