“She was afraid of all that and so much more, but what terrified her most was inside of her, an insect of unnatural intelligence who’d been living in her brain her entire life, playing with it, clicking across it, wrenching loose its cables on a whim.” 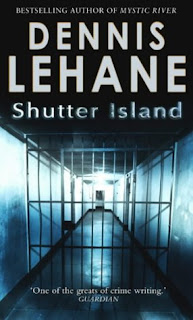 'The year is 1954. U.S. Marshal Teddy Daniels and his new partner, Chuck Aule, have come to Shutter Island, home of Ashecliffe Hospital for the Criminally Insane, to investigate the disappearance of a patient. Multiple murderess Rachel Solando is loose somewhere on this remote and barren island, despite having been kept in a locked cell under constant surveillance. As a killer hurricane bears relentlessly down on them, a strange case takes on even darker, more sinister shades- with hints of radical experimentation, horrifying surgeries, and lethal counter-moves made in the cause of a covert shadow war. No one is going to escape Shutter Island unscathed, because nothing at Ashecliffe Hospital is what it seems. But then neither is Teddy Daniels.'

Shutter Island was 1st published in 2003.

I was sent this book by the ALOP team, via Homeshop 18.

About the author: A native of Dorchester, Massachusetts, Dennis Lehane lives in the Boston area. His book 'A Drink Before the War' won the Shamus Award for Best First Novel. 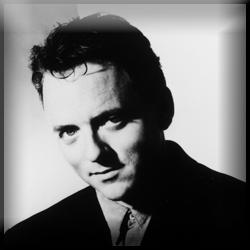 He is the author of New York Times bestseller Mystic River, which was made into a film in 2003, directed by Clint Eastwood; it starred Sean Penn, Tim Robbins, and Kevin Bacon. The novel itself was a finalist for the PEN/Winship Award and won the Anthony Award and the Barry Award for Best Novel, the Massachusetts Book Award in Fiction, and France's Prix Mystère de la Critique.

“This world can only give me reminders of what I don't have, can never have, didn't have for long enough.”


“I loved this woman the way you love ... well, nothing," he said, a note of surprise in his voice. "You can’t compare that kind of love to anything, can you? It’s its own unique gift.”


“The brain controls pain. It controls fear. Sleep. Empathy. Hunger. Everything we associate with the heart or the soul or the nervous system is actually controlled by the brain. Everything. What if you could control it?”

The thin line between dreams and reality becomes negligible, when you can barely tell them apart. They say depression is so easy to fall into. Madness is even more alluring.


How can you be sure that what you are seeing is real? Everyone has their own version of the truth, depending upon what they choose to believe in. And the mind can play funny games.

If you let it happen, this book can make you question your own notion of truth and reality. This is one of those stories that are so awe-inspiring that no matter how well you try to express yourself, you’ll always fall short of words.

The novel is set in a span of four days, each more sinister and haunting than the last. The dreams, the action, the setting- each will leave your gut clenching with dread. The chilling images can get stuck to your eyelids like a nightmare that would not go away.

I finished this book in a very short period of time and it’s been on my mind for days. I knew the truth about the protagonist before I read the book- but the labyrinthine plot and mind-boggling twists left me thoroughly perplexed towards the end, and completely unsure about what to believe. If you ask me, that’s what sets an author apart: his ability to rope you in so well that you’ll enjoy reading the book even if you know the story.

If it’s supernatural, you can still convince yourself it’s not real and probably won’t ever happen. But science can scare you in a way nothing else can. I suggest you read this book only if you can handle it.