Once Upon A Time, Online: Interviewing Rishi Vohra


It's not everyday that one gets to interview such a talented, accomplished and charming author- Mr. Vohra sure knows how to put the good in your morning! I recently read his debut novel 'Once Upon the Tracks of Mumbai' and I am thrilled that I got an opportunity to interview him online.


Rishi Vohra recently relocated back to Mumbai after completing a Green MBA from San Francisco State University and a Masters Diploma in Environmental Law (World Wildlife Fund – New Delhi), prior to which he had a successful career in the Indian Entertainment Industry. He has worked as an Assistant Director with Filmmakers Sohail Khan and Shimit Amin, and independently directed music videos, television shows, live stage shows and film award events.

His other academic qualifications include a B.S. degree in Finance with a minor in Multi-Ethnic Film/Theatre from Arizona State University and an Associate of Arts (AA) degree in Film from Scottsdale Community College. After featuring as a guest columnist for various newspapers in India, he currently writes for delWine and is a Certified Specialist of Wine (CSW). 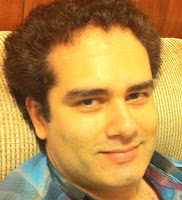 This is not a typical love story. What was the inspiration behind this unusual book? Which incidents that you narrated were taken from real life?

Arpita, all incidents and characters are fictional. I got the idea of Babloo’s character from an older friend of mine who had similar problems.  Once I created Babloo’s character, I was keen on giving him a story, exploring his struggle, pain, and triumphs, and walking with him on his solitary journey, the sole purpose of which was to find normalcy and an identity for himself in the fact-paced life of Mumbai.

The love story is just a part of the book though the book cover may convey otherwise. It is about a young man defined more by his mental disorders than the person he is. So everything he sets out to do proves more difficult for him than ‘normal’ people which, includes professing his love.

The novel has a quite a few underlying themes if you read between the lines. What would you say is the most important message that the book sends to the reader?

This book isn’t intended to deliver a clear-cut message to the reader. It is just meant to be a fast-read, and another source of entertainment to people. But for those who read between the lines, the message is that one has to go through an immense amount of struggle and pain to find happiness.

What other title would you have picked for the book if not this one?

I don’t know – didn’t really think of another one. I was a guest on a radio show a few weeks back – Planet Radio City 91.1 FM – with VJs Salil and Archana.  Salil had read the book and in the beginning of the show, he accidentally kept referring to the book as ‘Love on the Tracks of Mumbai.’  Maybe that could be one! :)

Hahaha...that sounds interesting! What led to the creation of the ‘Rail Man’?

Well Arpita, when I sat down to write, I hadn't created a concrete story at the onset. I led the story unfold with each page. I reached a point where Babloo’s frustrations and hopelessness needed an avenue to be vented. That’s when I brought Rail Man in. So I knew that there was going to be a character called Rail Man in the story, but wasn't sure when I would bring him in.

Also, Rail Man is symbolic of what every Indian aspires to be. We all are intrinsically unhappy with the problems and injustice happening around us, but are unable or unwilling to do anything about them.  There is a Rail Man, a hero, in all of us.  Maybe, I created Rail Man because like everyone else, I aspire to be such a person.

Vandana comes across as an independent and ambitious girl, but there are times when she decides to give in to her 'Fate'. Would you say it shows a weakness of character or is it implied that sometimes it is more wise to adapt to one's circumstances?

It depends, Arpita, on the circumstances that a person is in or has grown up in. Vandana is born into a lower middle-class Railway family.  Her family has certain beliefs about the way a girl should be sheltered, how much she should study, with whom and when she would get married, among other things. Though Vandana has a progressive mindset owing to her Mumbai education and her external influences, at the end of the day she is bound to a certain tradition. There are many people in India like that. Some people don’t have choices while others get fed up of fighting, and resign themselves to their fate.

So to answer your question Arpita, it’s not a weakness of character but more of a conditioning of it.

Which character would you call your favourite and who do you actually relate to?

I relate to Babloo. And I have received a lot of mail where readers have told me that they relate to him as well.  He is a very diverse character, and we all think like him but never show it because society has conditioned us into behaving in a certain way. But Babloo, because of his mental problems, has no filtration process and says and acts in accordance with what he feels.

With regard to my favourite character, they all are.  I created each and every one of them and they lived in my mind for a long time. Even though I moved on to another book, I can’t shake these characters off just yet. Whenever I go to Bandra Station and see the actual locations used in the book, I feel that there’s a Babloo, Vandana, Sikander, Mandeep Singh, etc. somewhere around watching me. It’s kind of eerie.:)

It sure sounds like it! Mandeep was one of my most favorite characters. Was there an alternate ending to the story?

No there wasn’t, Arpita. JAICO had asked me to explore some alternate endings, which I did. But I wanted to keep the 'masala' touch to it. The publisher read the two alternate endings I had sent them and after internal discussions, decided to stick with my original. I had planned to keep an open-ended conclusion for a sequel. But I think this story is best in its present form with a complete ending.

Would you hesitate to write about sensitive issues that might lead to controversy?

Never!  That’s the fantastic part about writing a book.  You can say and show what you want. People have the option to read the blurb, and decide whether they would want to read the book. Sensitive issues should be explored and written about, but in a way that no one feels personally offended.

How do you manage to balance the time you give to writing, work and leisure?

I love writing to the point that it feels like a leisure activity.  If I had a choice to write or to go out with friends, I would rather write.  It has made me an introvert of sorts, but it also brings me joy.  So for me, it’s just work and leisure like anyone else.

Hey, I too would choose to sit home and write, rather than go out with friends! Well, most of the time anyway. :P How did publishers- and family- react to your decision to pursue writing?

My family didn’t know I was writing the book, till it was completed. And they didn’t know that I was pushing it for publication till I signed with a publishing company.

Wow! That must have been some surprise! Which author would you say you really look up to?

S. Hussain Zaidi.  I have never met him.  I admire his work.

What are your top five favourite novels that you would recommend to all bookworms?

Catcher in the Rye by JD Salinger,

Dongri to Dubai : Six Decades of the Mumbai Mafia by S. Hussain Zaidi,

A Fine Balance by Rohinton Mistry,

Sounds of Silence by Nan Umrigar,

and My Way: The Way of the White Clouds by Osho.

Which is the one literary character you'd love to be like?

I love that answer! :D Which anti-hero would you say you admire, and why?

Which story from a book would you like to live, as the protagonist or any other significant character?

Good question, Arpita.  There was a character called Sartaj Singh in Vikram Chandra’s Sacred Games.  The character is very unique in that he is dynamic, fearless, and has many layers to him. I wish that Vikram brings him back in one of his forthcoming novels.

Thank you! Final question- what advice would you give to aspiring writers who go through ‘Writer’s Block’?

So that was how my conversation went with the debonair author. Hope you enjoyed reading the post! Do check out his novel 'Once Upon the Tracks of Mumbai'. Looking at how things are going in the Capital, this book stands out for its sensitivity to the plight of women, among other things. Have a wonderful and safe day, people! 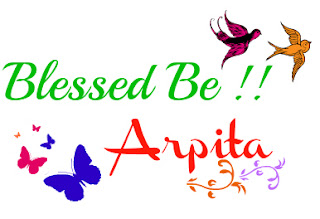