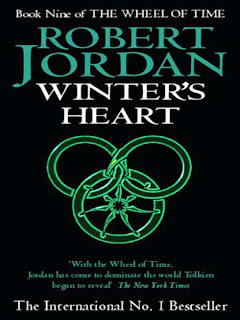 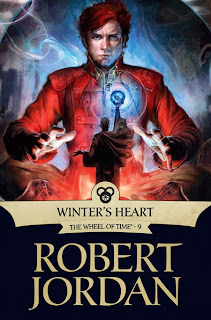 BEST-SELLERS - The Eye of the World, The Dragon Reborn, The Shadow Rising


The eagerly awaited sequel to The Path of Daggers, the New York Times#1 bestseller that swept the nation like a firestorm.
Rand, with Min, is on the run, and Cadsuane, in Carhien, is trying to figure out where he is headed.
Mazrim Taim, the leader of the Black Tower, is revealed to be a liar. Faile, with her companions, is a prisoner of Sevanna's Sept.
With Elyas Machera, Berelain, the Prophet, and an "army" of disparate forces, Perrin is moving through country rife with bandits and roving Seanchan.
In Ebou Dar, the Seanchan princess known as Daughter of the Nine Moons arrives. In Tar Valon, the schemers and counter-schemers in Elaida's White Tower are shaken to the core when the rebels appear suddenly outside the walls.


I thought I could build, I was wrong. We are not builders, not you, or I, or the other one. We are destroyers. Destroyers.


You can never know everything, and part of what you know is always wrong. Perhaps even the most important part. A portion of wisdom lies in knowing that. A portion of courage lies in going on anyway.


FL Speak - This is one of the better books. Not as best as the first few but its a great book in terms of the plot.

A lot happens. And when I say a lot, its mega-lot. New readers, who do not know Mr. Jordan or heard of Wheel of Time or didn't read my last few reviews, but somehow found their eyes reading these very words, STOP! There is no point reading on. New fans of Wheel of Time, who is yet to read this book but is much more excited and can't contain themselves, STOP! [believe me, I've been there] This review contains spoilers. Rest, read on.

After the terrific first five novels and the "other three" after that, Winter's Heart is one of the best of the lot. Why?? Because, whatever we missed in the last 3 books or lamented on the lack of "IT", well it's here. Not to mention that Mat Cauthon is back.

Lets get over the boring bits first. I'm jumbling up the scenes in which they occur okay. I will talk about all major happenings but in a random order and without giving out the climax or climaxes. So, Perrin is out searching for his wife, Faile, after the know-it-all lady manages to get herself kidnapped. 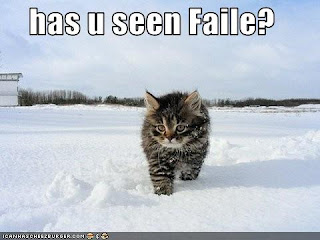 Rand, the Dragon Reborn is finally confronted by the 3 girls he's in love with. Apparently, Elayne, Min and Aviendha all feel they can share him. *cough* *cough* [lucky bastard] Also, he's own team of perfect Asha'man are not as perfect as it seems. Specially since a couple of them tried to kill him! Now Rand is in turn hunting them. Elayne is managing her throne in Andor. She's Queen now and she believes she can accomplish everything. Nynaeve and Birgitte and a whole lot of Kinswomen accompany her. Its downright outrageous to notice that how almost all the women (correction, all of them!) behave like 5 year olds most of the time. I get it, women are complex Mr. Jordan.

Last we heard of Egwene, she was still on the way to the White Tower with her army. Her chapters I look forward to. Aes Sedai's are always fun to read about. (mostly)

But the best news is, Mat is back. Mat is back under the care of Tylin (hahahaha, I hope you remember her tying him up in laces hahahaha) right under the noses of the Seanchan army camped there. And here's one of the twists. The DAUGHTER OF THE NINE MOONS, whom Mat is prophesied to marry, is the daughter of the Empress of the Seanchan. (Yeah, beat that!) And Mat manages to kidnap her and whisk her away!!! 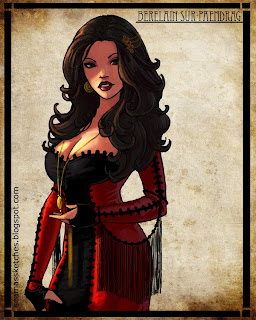 Boy, the book just got better. And the last 100 pages will blow your mind. Hint?? It includes Rand and something about saidin and lots and lots of the Forsaken and a huge battle. Yes, you need to read it.

Loved the book. I missed lots of other plotlines as well. The prologue itself is 88 pages!! The Children of the Light are making their own plans for judgement day and in the meanwhile, The Dark One grows in strength.

Everyone complaining about how Jordan's writing has been declining can finally heave a sigh of relief. Although this book has not reached its peak yet, the next one will definitely be better. Especially after reading the climax on this one. Rand Al'Thor's worries has just increased tenfold.


The Seals that hold back the night shall weaken,and in the heart of winter shall winter’s heart be born,amid the wailings of lamentation and the gnashing of teeth,for winter’s heart shall ride a black horse, and the name of it is Death.

As the plow breaks the earth shall he break the lives of men,and all that was shall be consumed in the fire of his eyes.The trumpets of war shall sound at his footsteps, the ravens feed at his voice,and he shall wear a crown of swords.