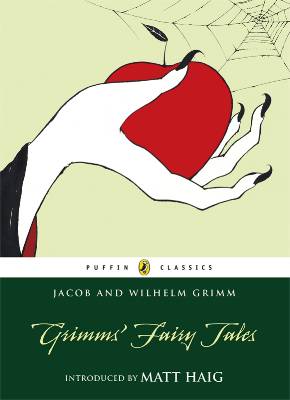 There are some things so inevitably related to childhood that the first thing that most of us would remember would be the magical and whimsical stories we come to call and love as fairy tales. Glorious collections such as the Arabian Nights or Tales from the Panchatantra are always there in our minds. One of the bigger collections of such fairy tales is the collection of two hundred and eleven tales collected by the Brothers Grimm. December of this year, 2012, would be the bicentennial anniversary of this collection.

Anyone remembers Snow White and the Seven Dwarves? How about Rapunzel or maybe the sibling tale of Hansel and Gretel? We all would. These are all part of the Grimm’s Fairy Tales collection. We’d be acquainted with them very well, as with the more told stories of Little Red Riding Hood and Cinderella. I don’t think a gist of these stories would be needed, but I’ll tell a couple of the lesser known (comparatively to these tales) tales.

Golden Goose is the tale of a young man, named Simpleton, who is the youngest of three brothers. The eldest brother goes to chop wood. Proud, and vain, he refuses to help a man by giving him a morsel of rich cake or a sip of wine, and on his way back, meets with an accident. A similar fate meets the second brother. However, Simpleton does help the man, though he has only an overcooked biscuit and soured beer. For his generosity, he is rewarded by the man who points to a tree, and Simpleton, chopping it down finds a golden goose. He takes it and heads to the palace. On the way, each person who tries to pluck a feather of the goose gets stuck, the first person to the goose’s tail feather, the second to the first and so on. The princess at the palace has never laughed in her life. Seeing this procession, she does, and the king, as a reward for making his daughter laugh, gives her hand in marriage to Simpleton.

The Elves and the Shoemaker is a story of a poor cobbler and his wife, who need the money to pay rent. The kind cobbler gives his last pair of shoes to a needy lady, and has enough leather to make only one pair of shoes. Seeing his kindness, few elves come silently in the night to help the cobbler, and make a pair that the cobbler sells for a big profit. With the extra money, he buys food and also more leather to make shoes. The elves return and make two pairs of shoes, one the cobbler gives to another needy person and another to a rich customer that the previous day’s customer had recommended. Curious as to who was making the shoes, the cobbler and his wife stay up on the third night, and find the shoddily clothed elves. To repay them, the couple knit them clothes, but in doing so, lift the elves from their obligation. The cobbler and his wife never see them again.

These are but two of many such priceless tales.

In this book of selected tales from the collection, other tales like Tom Thumb, Rumpelstiltskin and the Frog Prince are also there. Want to hear a bedtime story, kids? If you do, this book has some tales you’d love and remember for a long time to come.