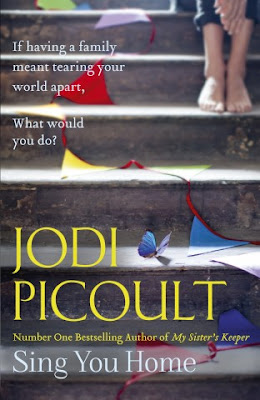 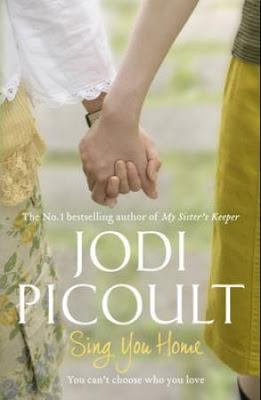 Zoe has spent ten years trying to get pregnant. But as she's about to get her heart's desire, tragedy destroys her world.

In the aftermath of loss and divorce, she throw herself into her career as a music therapist. Working with Vanessa, she finds their relationship moving from business, to friendship, and - to her surprise - blossoming into love. When Zoe allows herself to start considering children again, she remembers there are still frozen embryos she and her husband never used.

But Max, having sought peace at the bottom of a bottle, has found redemption in an evangelical church, and Zoe needs his permission to take his unborn child...

Anxiety's like a rocking chair. It gives you something to do, but it doesn't get you very far.

The only difference between a wish and a prayer is that you're at the mercy of the universe for the first, and you've got some help with the second.

When you want something bad, you'll tell yourself a thousand lies.

FL Speak - What to expect when you read Jodi Picoult? A tear jerker of a tale, a story while will keep you wondering and characters that touch your heart.

Zoe and Max are desperately trying to have a baby. After years of being married, a baby is all they need to be a perfect family. But with Max being infertile and Zoe's miscarriages, not everything is perfect. Except maybe their love for each other. But when Zoe finally is pregnant with the frozen embryos she and Max saved, their happiness knew no bounds. Only, happiness didn't last. Zoe gave birth to a stillborn and Max served her divorce papers when he realized that Zoe wanted a baby more than she wanted him.

What I love most about Jodi Picoult's books is that there are hardly any villains. Yes, not even Max. Her characters may not be perfect, but they're a thousand shades of gray. And when Zoe finds herself in love with Vanessa and Max starts romancing the bottle, the real trouble starts.

Homosexuality is still seen as a sin in many states, religions. When Max discovers himself in an evangelical Church and walks the path of enlightment, he cannot come to terms with the fact that his ex-wife is a homosexual.

Max is the anti-hero. He actually believes that the Bible speaks against homosexuals. And the sad thing is that many, many Christians in the modern world still feel so. So when, Zoe has a chance to raise a kid with Vanessa, she remembers the frozen embryos still saved. And she needs Max's permission. It's quite touching to see him argue with himself regarding the decision he needs to make. Should he give her the embryos knowing that she will be happy or keep it away from her believing that a child brought up in an homosexual family is a grave sin, as he/she will have the same tendencies.

But when his brother and his wife fail to conceive a child, he finds a way out of the mess. And therein lay the trouble. Now Max and Zoe must go to court again. With the Church and the pastor and their followers behind him, Max has decided to fight for the right for his embryos. With only the love of Vanessa and a few sympathetic folks for gay rights, Zoe must be brave to see this through.

Absolutely loved this book! I loved Zoe! She's a music therapist. Now I know, that in a parallel universe, I'm one too.

For thousands of marriages that ends in divorce, being raised by two moms or two dads is a privilege indeed. I'm proud to be friends with some of them. I go out with them. I party with them and they're wonderful. They're human. Are you one?

The world needs to open their minds. Jodi Picoult, I love you.


P.S| This book even has a soundtrack. And yes, its awesome.
Posted by Freelancer at October 02, 2012
Email ThisBlogThis!Share to TwitterShare to FacebookShare to Pinterest
Labels: Fiction, Freelancer, Jodi Picoult