THE FIVE FIND-OUTERS AND DOG 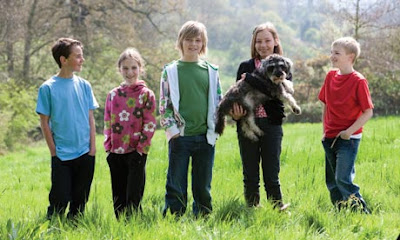 FIRST SEEN AT : The Mystery of the Burnt Cottage

Remember your childhood?? Before you solved crime with The Hardy Boys or dated Nancy Drew? Remember the time when holidays meant picking up Enid Blyton?

If not for Enid Blyton, I shudder to think of my fate. Enid Blyton gave me joy like no one else when I was growing up. Even the regular dose of Shaktimaan and Power Rangers couldn't satisfy my childhood urge for more and more fun. The Secret Seven were good, The Famous Five were better, but The Five Find-Outers were the creme-de-la-creme.

If you've missed out on this series, I honestly feel sad for you. For those of you, who has spent time with these guys in the village of Peterswood, lets bring back some old wonderful memories.

Frederick, affectionately nicknamed Fatty is the leader of the Five. He's amazing. For a growing up 10 year old me, 15 years ago, he was my hero. Although I resembled the lanky Larry, Fatty was the one I adored. I laughed at his antics, at his ridiculous ventriloquism, at his funny disguises, I always knew that Fatty would save the day. 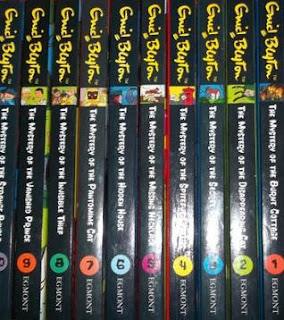 Don't remember much about Larry and Daisy although I can say that Daisy was the one who came up with the name of the gang. Larry is her elder brother and he was the original leader until Fatty came along. The childlike banter between Larry and Fatty was fun. Poor Larry often ended up being second best.

Philip and Bets are siblings as well. Bets is the youngest of the lot and she simply adores Fatty. And she's always the one who finds the clue when everyone misses out. (although half the time its by accident). Bets is just like my younger sister, although that was more than a few years ago when she was still sweet. My sister I mean. I remember Pip and Elizabeth's parents being very strict. Whereas Fatty's mom was the kindest.

Now Buster!! Buster has to be the best Scottish Terrier ever! Incredibly smart and loyal, he's the darling of the gang.

Gosh, I can still picture him shouting "CLEAR ORF" .....hahahaha... Fatty and Co. used to make his life a living hell. Poor guy never did get a promotion. How could he, when every single time the Five Find-Outers solved the case before he did. And not to forget Buster attacking his ankles and Mr. Goon's favorite word "GAH". hahahaha. Gosh, I miss these guys.

If you've never read these guys, if you've missed out on them, stop what you're doing right now. Take your mind back to your childhood and read them. You'll want to stay a kid forever.

If your childhood had Harry Potter but not Enid Blyton, you don't know what you missed.
Posted by Freelancer at October 19, 2012
Email ThisBlogThis!Share to TwitterShare to FacebookShare to Pinterest
Labels: Frivolous Fridays, Meme, The Five Find-Outers