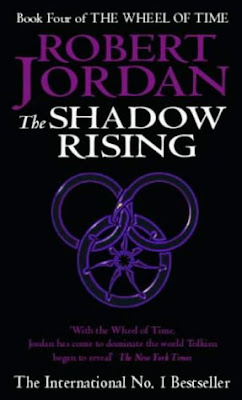 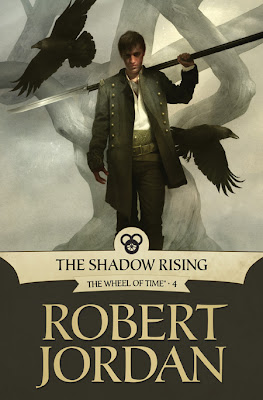 Read about the previous books of this series HERE

SYNOPSIS - The seals of Shayol Ghul are weak now, and the Dark One reaches out. The Shadow is rising to cover humankind.

In Tar Valon, Min sees portents of hideous doom. Will the White Tower itself be broken?

In Cantorin, among the Sea Folk, High Lady Suroth plans the return of the Seanchan armies to the mainland.

In the Stone of Tear, the Lord Dragon considers his next move. It will be something no one expects, not the Black Ajah, not Tairen nobles, not Aes Sedai, not Egwene or Elayne or Nynaeve.

Against the Shadow rising stands the Dragon Reborn.....

FL Speak - What makes this book the best of the lot?? Yes, it is the best. This is where you chuck everything else and know that you're in the driving seat. Well if you're Rand ofcourse.

This is where Rand breaks loose from the shackles and is determined to make his way across all that is determined to stop him. Be it the Aes Sedai who wants to control him or the Forsaken who wants him dead. Rand here, is the leader, the breaker of nations, the bane of the Shadow. 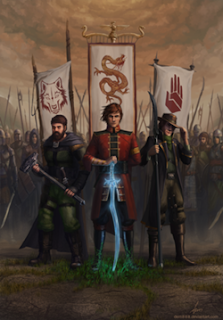 What we have in book 4 is absolutely phenomenal. We have hordes of Trollocs [when i say hordes, its actually an understatement. We have loads and loads of those nasty beings] and we have Perrin, the quiet, shy, awkward-around-girls guy who has his own girl by now, Faile. [I personally thought Mat would be the first one to get himself a girl since he's the flirtatious one, but boy, Perrin did surprise me. Not that Faile gave him any chance. *snickers*] Yeah, so we have Perrin riding to Edmond Field with Faile and Loial to save their home from the invading Trollocs while Rand is too busy playing the silly Game of Houses thingy with the High Lords of Cairhein.

And then Perrin gets himself married. [why o why?????]

Rand meanwhile is making things harder for Moiraine and the rest as he has started to keep his plans for himself. But he soon surprises them by announcing that he's traveling to the Aeil Waste with the Aeil and Mat, Egwene and Moiraine tags along. And thus begins the introduction of the Aeil..I love them!!!! When Rand has proved himself that he indeed is the one that is spoken of in their prophecies, almost all the Aeil people follow him. I say almost because....oh well, there's a surprise waiting for you.

He shall spill out the blood of those who call themselves Aiel as water on sand, and he shall break them as dried twigs, yet the remnant of a remnant shall he save, and they shall live.
-Aeil prophecy

Jordan's creation of Aeil has been stunning. The Aeil are a warrior society, hated and feared by almost all. The women, oh God, the women who fights are called the Far Dareis Mai [translated to MAIDENS OF THE SPEAR], and they are the honor guard of Rand. They're his protectors and they're awesome. Mat has his own reasons of following Rand to the Aeil Waste and that becomes clearer as you read the book. The Aeil live by a code. "Ji'e'toh" meaning Honor and Duty or Honor and Obligation. [I'm thinking of getting myself a tattoo with that code] 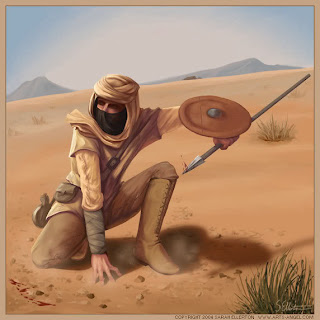 Meanwhile the hot chick we met in the last book, Selene, is actually Lanfear, one of the Forsaken and she has her own plans for Rand dearest. Nynaeve and Elyane are in Tanchico, still hunting the Black Ajah. Elayne is being a blonde, literally and Nynaeve [who's almost my favorite] is being nothing better.

And if you thought you've seen everything, Rand finds himself a teacher. Yes, someone who can actually teach him to channel the male half of the One Power....someone Rand is hiding from the entire world...someone who can kill him if given a chance. For those who had been whining about the lack of action Rand got in the previous book, Jordan more thn compensates for that here.

Yes, that's Jordan's book 4 for you. Oh yes, the series does get boring a bit later. But not yet friends, not yet!