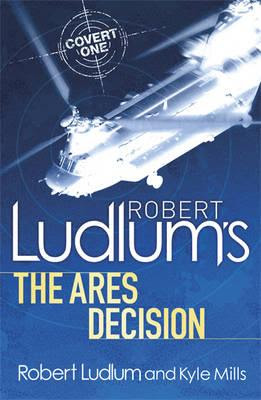 BEST-SELLERS - The Paris Option, The Cassandra Compact, The Hades Factor

When a US Special Forces team is wiped out by a group of normally peaceful farmers in Uganda, Covert-One operative Jon Smith is sent to investigate.

Video of the attack shows even women and children possessing almost supernatural strength, consumed with a rage that makes them immune to pain, fear and all but the most devastating injuries.

Smith finds evidence of a parasite infection that for centuries has been causing violent insanity and then going dormant. This time, though, it's different. And as Smith and his team are cut off from all outside support, they begin to suspect that forces much closer to home are in play.

FL Speak - And Covert-One is back! Kyle Mills joins the writing team as the co-author of this incredible series where we were first introduced to the enigmatic Jon Smith. A brief recap perhaps? hmm?

For the new comers to the Covert-One world, Jon Smith is an army doctor. He's a research scientist working for USAMRIID and is also a top operative of a top-secret U.S agency called Covert-One who reports directly to the POTUS.

When an elite special ops is taken down in Uganda by an army of mad villagers, Smith is asked to find the source of the matter. He travels down to Uganda with an old friend, Peter Howell (who is a recurring character) and meets up with a doctor who's an expert in parasites. What they discover can destroy the world if not stopped. However as in all Ludlum novels, its never that easy. The Iranians want the virus to declare war on the U.S and the CIA wants the Iranians to be interested in the virus so that they can finally nuke the country to dust. And in those political crossfires, Smith and his team are stranded with the most dangerous terrorist whose hands are on the virus.

Randi Russel, another regular in the Covert-One world makes an appearance as well although I'm not very happy with the field action she has received. She's a top class operative as proved time and again in the previous novels. However it looks like she will have some major role in the next books, if they are written.

When word is spread to Russell that Jon is somewhere in Africa, her ears prick up. But when the man who gave her the message is killed, she fears for Jon's safety. A failed assassination and a brief encounter with a top intelligence head makes her realize that the CIA she works for may not have America's safety in mind.

Some fast paced action in Africa and in Iran with the added bonus of reading an almost medical thriller combined with espionage makes Covert-One a wonderful read. After Ludlum's death, the quality has gone down a notch though. The details which wove magic are less, the dialogues less catchy and less field action to some of the major characters may disappoint a few long time Covert-One fans. Nevertheless, its Jon Smith we love and we still read him.

All in all, a perfect Covert-One setting. A deadly plot, a deadly delivery. Thank you Kyle Mills.