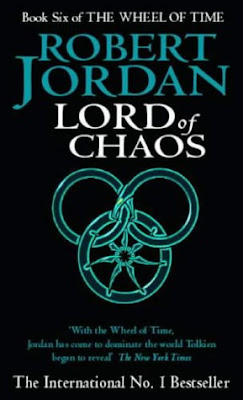 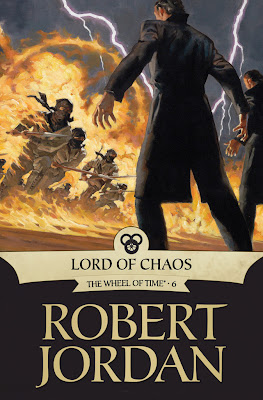 SYNOPSIS - On the slopes of Shayol Ghul, the Myrddraal swords are forged, and the sky is not the sky of this world;

In Salidar the White Tower in exile prepares an embassy to Caemlyn, where Rand Al'Thor, the Dragon Reborn, holds the throne--and where an unexpected visitor may change the world....

In Emond's Field, Perrin Goldeneyes, Lord of the Two Rivers, feels the pull of ta'veren to ta'veren and prepares to march....

Morgase of Caemlyn finds a most unexpected, and quite unwelcome, ally....And south lies Illian, where Sammael holds sway....

And as the realms of men fall in chaos the immortal Forsaken and the servants of the Dark plan their assault on the Dragon Reborn.

Dance with her, and she will forgive much; dance well, and she will forgive anything.
Death rides on my shoulder, death walks in my footsteps. I am death.
Never prod at a woman unless you must. She will kill you faster than a man and for less reason, even if she weeps over it after.
Kneel and swear to the Lord Dragon, or you will be knelt.
FL Speak - [contains spoilers]

What was once supposed to be a trilogy is now into its 6th book...which stretches to a total of 14 books. What was Mr. Jordan thinking proposing WoT as a trilogy??

I assume you've read the first 5 books...it might have taken you a week to finish all 5 or 3 years...but if you've finished till book 5, I can safely assume you know what the heck assumed to Asmodean. 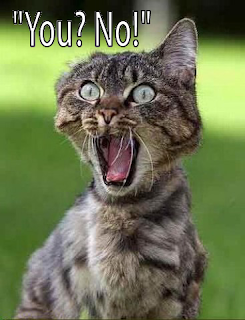 Yes, that's a mystery that Jordan hasn't answered us...yet. Although I still LOL at picturing the look at Asmodean's face just before he gets bumped. Some people say that this book was the final straw and they stopped reading it and left the series halfway. Yeah, even I was tempted. But somehow I stuck to it...

Finally we have more of Rand. And even though it seems the voices in his head are getting stronger and his chances of going mad and damning the world to hell are increasing significantly, it just seems fun reading him coming to grasps with his destiny. If he was stone, he's now iron. The death of Moiraine, triggered his coldness and he uses everyone to his advantage.

Mat is the leader of the Red Army [Yes, our dear old Mat, the gambler. Who on earth would have thought that!!] And Rand has sent him with his army to Salidar to find Elayne and bring her to Caemlyn. [And one of the most epic scenes involve Mat] One of the surprises in the last book is Birgitte Silverbow. The legendary heroine of the Ages, is spun out of the Pattern by the Forsaken, Moghedien and to save her life, Elayne had bonded her as her warder. The funniest parts are those how the Maidens treat Rand. [Oh he's respected and they'd die for him in battle, but in private, they would fuss over him like an elder sister or a protective mother. Poor Rand] 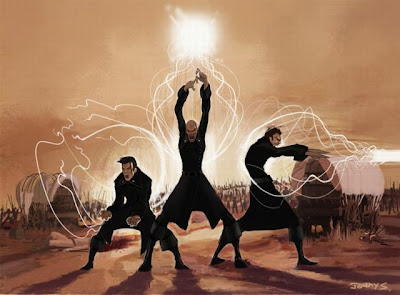 And then, there's the Asha'man. Rand's own private army of male wielders of the One Power. Destined to go mad, the Creator only knows what Rand is planning. The Forsaken has decided to scheme together....[Finally, they're showing some brains] The book has moved from adventure to politics and it is here that you can see that there is a whole lot to come. Some of the characters are yet to be introduced...the Seanchan are yet to be discussed properly... Mr. Jordan is still putting his pawns into the board...the game is yet to begin.

The rebel White Tower has raised a new Amrylin. And that's a surprise to everyone. But the best part of the book is in the final few pages..The battle at Dumai Wells. I really do not want to spill it, but you've Rand and Perrin and the Asha'man and the Wise Ones and the Maidens and Shaido and Aes Sedai all mixed up. And that battle changes everything...changes every flaming thing.

One a day of fire and blood and the One Power, as prophecy had suggested, the unstained tower, broken, bent knee to the forgotten sign.


Yet one shall be born to face the Shadow,
born once more as he was born before,
and shall be born again, time without end.
The Dragon shall be Reborn,
and there will be wailing and gnashing of teeth at his rebirth.
In sackcloth and ashes shall he clothe the people,
and he shall break the world again by his coming,
tearing apart all ties that bind.
Like the unfettered dawn shall he blind us, and burn us,
yet shall the Dragon Reborn confront the Shadow at the Last Bhall give us the Light.
Let tears flow, O ye people of the world.
Weep for your salvation.

Video of the cover and audio of the final few lines