A Crown of Swords - Robert Jordan 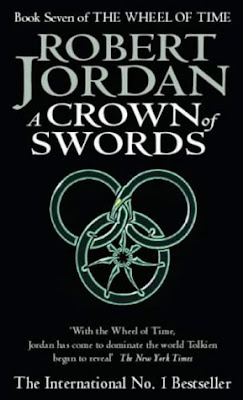 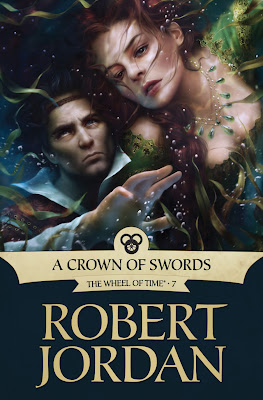 A CROWN OF SWORDS

SYNOPSIS - The war for humanity's survival has begun.

Rand al'Thor, the Dragon Reborn, has escaped the snares of the White Tower and the first of the rebel Aes Sedai have sworn to follow him. Attacked by the servants of the Dark, threatened by the invading Seanchan, Rand rallies his forces and brings battle to bear upon Illian, stronghold of Sammael the Forsaken...

In the city of Ebou Dar, Elayne, Aviendha and Mat struggle to secure the ter'angreal that can break the Dark One's hold on the world's weather - and an ancient bane moves to oppose them. In the town of Salidar, Egwene al'Vere gathers an army to reclaim Tar Valon and reunite the Aes Sedai...

And in Shadar Logoth, city of darkness, a terrible power awakens...

If you don't know everything, you must go on with what you do know.
The weak must be bold cautiously.
The more bosom a woman displayed, the less she wanted you to look. Openly, at least.
FL Speak - First of all, hats off for continuing to read this epic journey. We are almost halfway through the series. Now sit back, pick this up and lets get channelling.

You might have expected more of Rand in this book, but you'd be disappointed..oh he's still there...with Min, who is getting very very interesting but this book belongs to one Matrim Cauthon. Oh yes, the gambler and womaniser is back!! [Min Farshaw in the pic] 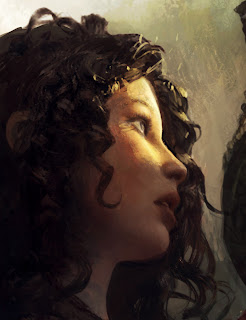 Jordan has not even introduced the Seanchan properly, but fear not, they're here now. Lets get over the boring bits first shall we? Nynaeve and Aviendha and Elayne are on the hunt for the "Bowl of the Winds", which they believe will weaken the Dark One's stranglehold over the weather. Mat ofcourse is with them, determined to protect them as well as stay away from the ladies.

You'd have thought with the Aes Sedai, the Asha'man, the Seanchan damane, the Seafolk and the Aeil Wise Ones, there were enough channelers. Well, Jordan thought not so. So here's the Kin...a huge huge group of women who left the White Tower for various reasons but still channelling. Looks like our dear little Egwene has her hands full now.

We will come back to Mat and Rand...here's Perrin for you. He, is missing from this book again except for the first couple of pages. Apparently Rand sent him on a mission. Alright, alright...I get it you're bored now. How about a picture of a LOLCAT to cheer you up??? 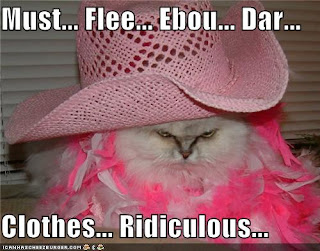 So the best scenes now....Mat drinks with Birgitte and Elayne has a hangover...That's a rofl moment as any...Thank you, warder bond. That prim daughter-heir needed that. And then, there's this spectacular battle between Nynaeve and Moghedien which involves balefire. Moghedien's hatred for the ex-village wisdom is remarkable. And then there's Mat and Tylin. Hahahaha... Tylin, the Queen of Ebou Dar, is absolutely shameless. Poor Mat is often tied up in lace and Tylin spares him not once for sexual advances... [btw, that's Mat in lace..hahahahaahahhaha]

As you near the end of the book, you know something’s got to give. Jordan may write a dull, boring, sleepy story but the ending is always explosive. And yes, you will find it here as well. The battle with Sammael and Shadar Logoth. Rand does manages to get himself mortally injured by Padan Fain before the showdown...you'll need to read the book to figure how. And if you thought, this was the fight you were waiting for in the whole book, guess again. The Seanchan attack Ebou Dar and Mat is stranded smack in the middle of it. And the dice in his head just stopped rolling. 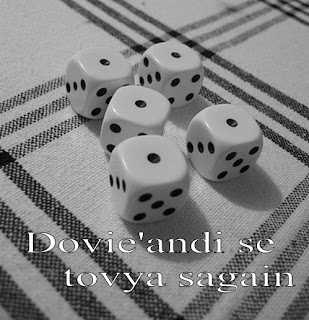 Wait for the next one, guys. The story is far from over.

The unstained tower breaks and bends knee to the forgotten sign.
The seas rage, and stormclouds gather unseen.
Beyond the horizon, hidden fires swell, and serpents nestle in the bosom.
What was exalted is cast down; what was cast down is raised up.
Order burns to clear his path.

Master of the lightnings, rider on the storm,
wearer of a crown of swords, spinner out of fate.
Who thinks he turns the Wheel of Time,
may learn the truth too late.