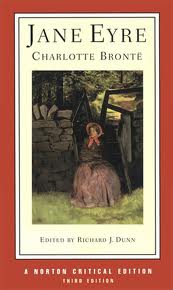 EXCERPT:  "If all the world hated you, and believed you wicked, while your own conscience approved you, and absolved you from guilt, you would not be without friends."

SWARNALI SPEAKS: "I am no bird; and no net ensnares me; I am a free human being with an independent will."- This line completely summarises the protagonist of the book.


The story begins with the protagonist Jane, a 5 year old, an orphan living with her deceased uncle's family. The narrative deals with Jane's journey to find an identity,love and her deserved place in the world. What is remarkable about the book is the detailed understanding of the characters,especially the protagonist. Nowhere does it get sketchy. Despite her plainness, Jane cannot be ignored as an ordinary character. The strength of character and her resolute and well-thought decisions make her unforgettable. She is clever enough to keep herself restricted within the boundaries stated by the society and yet in those confines emerging as an independent and successful woman.


The only character that I found wasn't given the correct share of dialogues was Bertha Mason. I wanted her to speak for herself but the only dialogues or rather appearance in the book she gets is during her growling and snarling snippets. We come to know of her character only through a second person perspective,through Rochester.


Another very good feature of the book is how Bronte plays with the Gothic theme throughout the book,yet not completely making her novel a Gothic in the real sense. A sense of the supernatural always stays in the borderline with sudden appearances in the form of dreams or voices or through the references to Bluebeard's castle. The best part of the book,according to me is Bronte's analysis of Jane's psyche. Its is really remarkable how successfully she understands and interprets the importance of dreams much before Freud's works were published.


The only thing i didn't like about the book is that it gets a tad bit boring halfway through the book. The narrative gets too detailed and stretchy but then again it gains its pace.


MY RATING: 4 / 5
Posted by Swarnali at May 30, 2012
Email ThisBlogThis!Share to TwitterShare to FacebookShare to Pinterest
Labels: Autobiographical fiction, Charlotte Bronte, Swarnali