The Artist of Disappearance 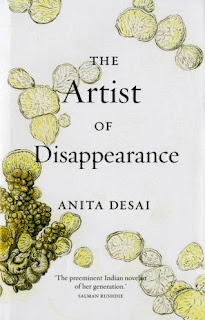 I’ve never read an Anita Desai work before. Strangely enough, I don’t recollect having read even one article about her. Either I’ve missed out on it, or the media has never painted any glorious pictures of her. She is not scandalous, Kamala Das-like; she is not glamorous like a Shobha De; nor is she controversial, in the manner of Arundhati Roy. (Or is she?) The Wikipedia page on her is woefully lacking. Apart from the fact that she is a Sahitya Akademi winner, I know nothing. When I started this book, I knew not what to expect. But having finished ‘The Artist of Disappearance’, I want to know who Anita Desai, the person, is. What person writes like this? From whose pen flow words with the terrible beauty of death wishes? But she won’t give in easily. I must perhaps re-read the book, look carefully again between the lines, to understand the source of such enigma.

Yes; ‘enigmatic’ is the word that best describes ‘The Artist of Disappearance’. It is a collection of three novellas – ‘The Museum of Final Journeys’, ‘Translator Translated’ and ‘The Artist of Disappearance’ – stories of strange internal worlds, stories of crumbling, lost people and places. It is as if Anita Desai found the beautiful in the broken, and captured their fall as one would with slow motion photography. You will find it its pages an old IAS officer reminiscing about a an old curator of a forgotten museum, a middle-aged, middle-class teacher on an odyssey of translating a quaint book, and a hermit-artist living in the charred remains of his house, creating strange patterns in nature.

Unhurried – that’s Anita Desai’s writing. Beautiful, slow and sure amidst hoards of books that move so fast, there’s no time to think. I picture this writer, who has emerged from a 7-year literary hiatus with what is probably her last book (God forbid!) with stories about dwindling. She is weaving the emptiness of her own aged world into these pages. Sometimes her lines are labored, with the kind of effort an arthritic person makes when climbing the stairs. But there are so many breathtaking moments too. Especially in those magnified descriptions of nature. There are the kinds of observations people with the luxury of time or the love of nature make. I imagine the 70-something author as having them both. And what exquisite results they yield for the reader.

I don’t know how it is with her other books, but with this one Anita Desai takes time to grow on you. She doesn’t snare, she doesn’t tease, she doesn’t titillate. She grows surreptitiously on you like moss on rocks. Now she isn’t there, now she is. In the first few pages, you don’t know where the story is going or what the point of the story is. In fact, if you are looking for a traditional end, you may not find it even at the end of the story. Because her stories have no end. They are leisurely strolls through forgotten roads of old towns. Embark on ‘The Artist of Disappearance’ only if you can slow down and breathe deep.