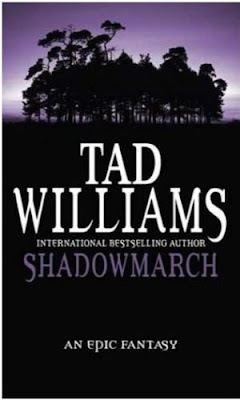 BEST-SELLERS - The Dragonbone Chair, The War of the Flowers

SYNOPSIS - As the uppermost edge of the northern kingdoms lies Southmarch Castle. For hundreds of years it has remained isolated from the affairs of empire but now it is under siege: from both its neighbors, without, and the more insidious enemies who would destroy it from within.

Even further to the north, within the ancient walls of Qul-na-Qar, the Twilight People gather to hear the blind king Yinnir pronounce the dar fate of human kind. In the south, the Autarch now looks to extend his domain yet further. It is upon Southmarch that the armies advance, and on its people that darkness will fall: for a war is coming that will shake the world.

FL Speaks - Phew!! Fascinating plot but a tiny disappointing first tale. Oh, it has everything a fantasy fan expects, but the ending leaves more questions unanswered.

The King of Southmarch is held hostage by the neighboring king. In the throne rules his elder son, Kendrick. Meanwhile one of the dwarf people, known as Funderlings discovered that the magical boundary that separates Southmarch from the Twilight People is slowly moving forward toward Shadowmarch Castle.

Up in the castle, Kendricks is violently murdered and the young twins, Barrick and Briony has to hold the peace while making sense of the growing threat of the slow advance of the distanced Xi people and their neighboring terror, the Twilight People. Chert and his funderling wife, Opal, finds a human boy near the Shadowline. When a terrified merchant arrives in Southmarch, Barrick and Briony are forced to send scouts to gather information.

Meanwhile, Barrick is tormented by dreams of a distant land and a voice that belongs to none. When it is learned that the Twilight People are on the move towards Southmarch, Barrick leads the army to meet the enemy. What they didn't realize that there was a killer loose in the Castle itself who threatens to crush Southmarch from within.

Great plot. It can only get better. Although the last chapter made me frown as it is looking like Tad Williams is going to continue the story in the same vein of his 'Memory, Thorn and Sorrow' saga. New creatures like the palm-sized Rooftoppers make this book a fun to read.