The Rage of Angels - Sidney Sheldon 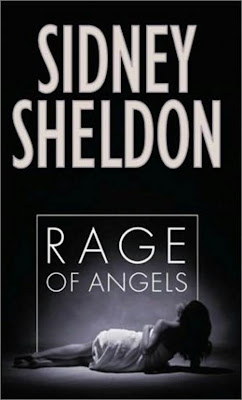 Jennifer Parker is brilliant, beautiful and indomitable – the most glamorous lawyer in and one of the most successful.

Her life is shadowed by two men. Both of them powerful and both drawn irresistibly to her.

A worldwide bestseller first published in 1980, this novel tells the story of a successful lawyer who is loved by two men, one a politician, the other, a mafia don.

Rage of Angels is the story of Jennifer Parker and how her life progresses as she faces ups and downs. Like most of Sidney’s books, a female protagonist, strongly and clearly sketched lies at the core of this one too.

She is powerful and solitary, self made and at the same time vulnerable to emotional trauma, danger and love. She has a fiction charm and at the same time appears to be believable, someone whom you might have come across in life may be. As you see her struggle in life and rising from the ashes, falling in love and making mistakes, coming to age and choosing wisdom… you cannot help but connect to her. With every turning page, you wish to know her more and see what life has to offer to her next.

The plot moves on something like this - Jennifer Garner's life as an attorney takes an unexpected turn when she is wrongly accused and framed of being involved with the Mafia headed by Micheal Moretti ( a character that would at times remind you of The Godfather’s Micheal corleone, specially at places where mob mates addresses him as Mikey). She makes powerful enemies in her helplessness to prove her innocence. Adam Warner who helps her in those times for reasons explained well in the book and who is running for the senator's position (later destined to become the President of United States) brings the love quotient to the proceedings. He meets her in unexpected times and finds himself attracted to the self motivated, moralistic and gullible shades of her persona. Their passion, uncomfort towards each other, discreet side of their affair (because of him being already married) is written in a seductive and engrossing manner – something which defines the categorical shade of Sidney’s pen as always visible in most of his works. Their love suffers a fate they had not planned from a person they completely misunderstood while placing their trust. Then the story takes a turn in which you find yourself closely following Jennifer, and how she makes decisions that are humane and not heroic, she chooses people that are needed and not necessarily which are right. That believable, realistic part of her thought processes is what makes her a memorable gem. In trying to save life of someone she love, Jennifer finds herself getting involved in the unlawful dealings of the Mafia and Moretti himself. This begins a love triangle that sweeps across America's political and organized crime landscape as Jennifer, Adam, and Michael rise to become the most powerful figures in the country.

Sheldon is a master of plot twists, complications, and the emotional ups and downs of people's lives. "Rage of Angels" is one of his rare stories that does not have an expected end, which can be circumstantially happy or sad but leave you with an unknown feeling. it's a fascinating journey into the complexities of crime and punishment, politics, and corruption. Sheldon masterfully portrays the brilliant legal strategies that make Jennifer Parker come to life as a fully believable criminal defense lawyer.

Rating – 4/ 5 This is the story of Jennifer Parker and her dreams of becoming a lawyer and the reality of dreams lost.

In the book she encounters the love of two men both who killed her dreams in their own ways. Enjoyed reading this one and I am hopeful you would too, if plot interests your taste.

PS – I had a different cover of this book, but chose to pick a display image of this one. Needed to catch your eye: D