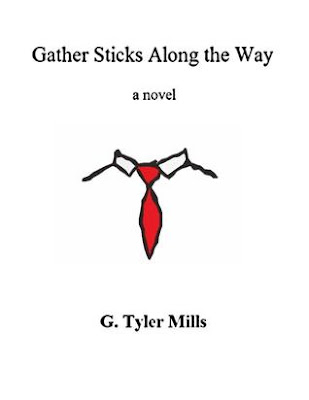 (Review on Request by Author)

"When God commanded Abraham to carry Isaac up the mountain, the boy was told by his father to gather sticks to build an altar. With each piece he gathered, he unknowingly contributed to his own sacrifice. But before the blade would fall an angel of God would appear. The entire parable hinged on Abraham's faith in God's plan and his determination to carry it out with his own hands.

Charles is an average man. He has a loving family and is solid in his own beliefs. But his faith is soon tested with the loss of his son and Charles becomes a man driven by the need for answers. He needs to know what happened to his child and is prepared to do anything to find out. As simple actions by multiple individuals begin to unfold, a tragedy is formed and Charles is caught in the middle. Throughout it all he knows he is not alone. He knows God is with him.

As Charles begins to see signs of what he believes to be the truth behind his son's disappearance, he's unsure if these come from God or if they are just coincidences. Is it his vengeance that propels him or is he just doing God's plan? His faith will either see him through this catastrophe or cause him to lose all he has left."

"As the sun began to set on the home, Charles sat quietly in the front foyer looking out the window. Ann sat on the front porch looking right and left still half expecting to see small feet carry a little boy around the corner. One phone was clutched in her left hand and her cell phone rested in the other. Charles looked through the window at his wife. Images and thoughts raced through his mind as to what or where the boy could be. He pushed the thoughts aside, bowed his head, and prayed to God that solace would be swiftly found. It never came."

Here's a book that is undoubtedly meant to make a difference; and let me just say that it came along at the right time. It seems to be meant especially for those who take God seriously- so much so that they sometimes fail to realize where it is that God intervenes, and where they are exercising their own Free Will in the name of God.

With various Biblical allusions and a style of narration that makes one feel like one's actually listening to the story being told rather than reading it, the author relates the story of a pastor, Charles Lamb, as he battles with the question that this novella revolves around-

Is there a difference between God forming a path and allowing a path to form?

The most extraordinary thing is that one cannot help but accept and appreciate each character the way they are- and every one of them is at fault, in some way or the other. Even more surprisingly, one is inevitably sympathetic to the protagonists, both of whom are not just people who make mistakes but criminals who have committed gut wrenching, horrific acts- yes, the paedophile as well as the pastor.

The one drawback that this potential psychological thriller has is the predictable plot. However, I was still impressed. I guess that's what makes such books unique- a style of writing that's so captivating, that you just cannot abandon the book midway. Because, there is something inexplicable that draws you to the characters, such that you would want to stick with them until the very end.