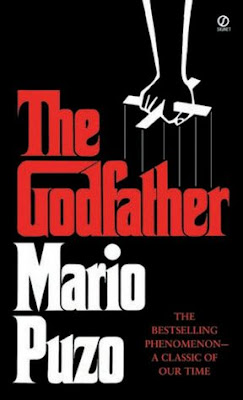 His influence reaches every level of American society. Meet Don Corleone; a friendly man, a just man, a reasonable man…and the deadliest lord of the Cosa Nostra: the Godfather.

“My father is a businessman trying to provide for his wife and children and those friends he might need someday in a time of trouble. He doesn’t accept the rules of the society we live in because those rules would have condemned him to a life not suitable to a man like himself, a man of extraordinary force and character.

He refuses to live by rules set up by others, rules which condemn him to a defeated life. But his ultimate aim is to enter that society with a certain power since society doesn’t really protect its members who do not have their individual power. In the meantime he operates on a code of ethics he considers far superior to the legal structures of society.”

Once in a lifetime, you come across a book that takes your breath away. This is one such book; a book that deserves all the praise anyone is capable of, and more. The worth of such a novel can only be appreciated after having read it. I can only hope that this review would do justice to the man who created this masterpiece; a man I have to admit I hero-worship.

This is, first and foremost, a novel about the value of friendship and blood ties. About the need to protect one’s own, no matter what the cost. The man who comes across as a formidable gangster is one whom you would grow to love and admire as you’ll gradually begin to comprehend the world created by the patriarch of this Sicilian family settled in New York.

Once you’ll fully appreciate, and truly understand, the actions of the various members of the Family, you’ll find yourself completely absorbed in this outstanding blood saga of the American Mafia. A number of sub-plots run simultaneously as the author takes you through the childhood, youth and old age of the Don; the separate lives of the Don’s four children (three sons and a daughter), as well as his adopted son’s are as fascinating as that of his godson- the famous Hollywood star, Johnny Fontane.

Heart stopping action is subtly intercepted by the romance between Kay Adams and the actual hero of the book- Michael Corleone, the dark horse who never wanted to get involved in the sinister affairs of the Family. However, when his father’s own life is thrown into danger, Michael finds himself on the brink of a life changing choice: to help his elder brother Sonny reassert the Family’s authority, without which they will not only be shamed but threatened by the other Families- or to return to his determinedly Americanized life.

This is what one may call a ‘complete’ novel. It’s got action that will leave your mouth hanging open, characters that you will adore- or loathe- so much that they’ll seem to come to life, and the kind of delightfully unpredictable plot that will keep you spellbound. I bought The Godfather when I was thirteen years old- I have read it at least once a year, ever since. It’s one of my most prized possessions, and I know it will be yours, too.