A small step yet a big leap 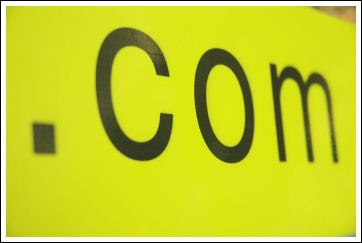 And as you all were reading the reviews and commenting, ALOP took a silent step into the next phase.


http://alotofpages.blogspot.com
Yes, ALOP is now a website. A small beginning for future things to come. Yet an important milestone for some of us who had dreamed of this for a long time. We owe our thanks to Pulkit for this.

The transition to .com will be complete in 3 days and I promise you, by the end of 1 year anniversary of ALOP, ALOP will be a lot more sleek and a lot more fun. That means a total webpage design change and SEO that might burn a big hole in my pocket. BUT, without compromising on the simplicity and authentic feel of the current format.

Eventually, we might have to place a few ads. But fear not, it will not be be ads for Viagra or any ads that might pop up in between. If there might be ads, it would be the extreme minimum and where people hardly see it. [I know, you guys might be asking what's the point in having ads, if you don't see it. *sigh* leave that to me and the admins to figure it out*]

There might also be a couple of widgets which will adorn the right hand column, but we will make sure its not overloaded.

Also, this is the time when I need my admins the most. With Maithili and MSM out for the rest of the month, I will have to bank on Pulkit and Nimue to update the pages. We are sorely lacking behind on that front.

Nimue floated an idea of sharing and exchanging novels within the community. Though its too early to go national on this front, I think, a city at a time might be a viable option. I'll confer with the admins about this and keep you guys updated.

Too much work. *Sigh* Pray for me :P
Posted by ALOP Admin at December 06, 2011
Email ThisBlogThis!Share to TwitterShare to FacebookShare to Pinterest
Labels: alop admin, ALOP update, Notice