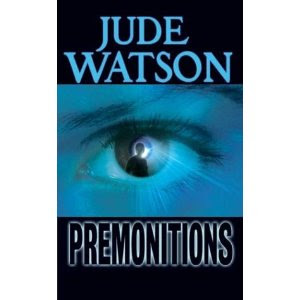 BEST SELLERS: A King's Ransom, Vespers Rising, Master of Deception, Against the Empire

Gracie has premonitions. They’ve haunted her since before her mother’s death. She doesn’t know how to deal with them, and doesn’t want to. She never knows whether she’s seeing the past, the present, or the future. It just comes to her.

Then Gracie’s best friend, Emily, disappears. And suddenly the premonitions she fears are the only clues to solve the mystery of where Emily has gone- and how she can be saved.

I think I was a nice person before my mom died. I have a hard time connecting that person to the person I am now.

It’s going on a year and a half since the accident, and I think I am running out of leeway. People, like teachers, aren’t giving me slack anymore. One of these days, I’m going to have to decide on a personality.

I am mean to my best friend, Emily Carbonel, that day. And no, it isn’t the first time. But I’m not the first person in her life to let her down.

So that’s not why she disappears.

“Premonitions” is a rather unusual book, in several ways. Ideally meant for young adults, this novel is written in a very simplistic manner. The story is engaging, and there isn’t a single dull moment while reading the book. However, the issues taken into account make one wonder who it is that the author is actually targeting as a reader.

This is the story of a somewhat disturbed teenager, called Gracie. Having lost the mother she had grown so close to ever since her father mysteriously disappeared, Gracie has to deal with the prospect of being relocated to Beewick Island to live with an aunt she just cannot get herself to think highly of- as well as the guilt of having been unable to keep her mother from dying.

“In a vision, I saw blood explode over my uncle’s heart.
Two days later, he nearly died.

I knew something would happen to my mother.
It did.

People talk, and I hear what they are saying.
But I also know
what they wish they could say.

I see flashes of Emily somewhere else. And then she
disappears.

What if you saw what was going to happen,
and you couldn’t
stop it?”


While trying to shut herself off from the world around her, Gracie finds herself being friends with Emily. She always wondered how she ever ended up befriending someone so unlike herself- but when she finally finds out the reason behind their friendship, Gracie’s world falls apart.

When Emily goes missing, Gracie realizes that she must try to find her, because she is the only one who can. What actually causes Emily’s disappearance might not come as a surprise, but what she gets herself into leaves you startled. In order to find her, Gracie embarks on a dangerous journey, a unique adventure which alters her life forever.

Every moment of her quest to rescue Emily, not just from others but from herself, makes Gracie aware of what she has to lose if she fails.

And the greatest thing, she realizes, is actually HAVING something one would be afraid to lose- something worth fighting for. This is a story that celebrates the human spirit, and the worth of each and every man, woman, and child. It makes you believe that where there is a will, there really is a way.

This novel by Jude Watson explores the psychology of the human mind, bringing to light the varied consequences of disturbing experiences in life. Rest assured, there is a silver lining in the dark sky- after all, ‘Nothing is stronger than the human spirit.’