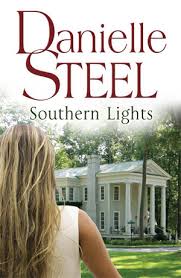 Synopsis:
Alexa, a successful assistant D.A has been handed the kind of case that makes careers: the trial of an accused serial killer. But threatening letters throw her private life into a sudden turmoil.
Savannah her beautiful seventeen-year old daughter is the recipient of these letters- and they are too dangerous to ignore.
A tough choice faces Alexa- does she risk her beloved daughter's life by keeping her at home, or send her back to Charleston the place she left eleven years ago when she fled the pain of her ex-husband's betrayal and cruelty of his wealthy Southern family?
Alexa had sworn she would never return, but as  the family's wounds are exposed and healing begins Alexa and Savannah are strengthened by the challenges they have faced.

Excerpts:
"I had nothing to hate you for" he said sadly, "I just had regrets, about what happened."
"It didn't happen. You did it. With Luisa's help and your mother's. They made the decision for you, to get rid of me and go back to her, and you did what they wanted. I guess you wanted it too." She looked wistful as she said it all and so did he.
He shook his head then. "It wasn't that simple. I did not know what I wanted.  I wanted to get my pride back because Luisa had left me, but I was in love with you."
"Then you did a really stupid thing Tom." It helped to say it and she felt better after she did.

Maithili Speak:
Luke Quentin, charged for rape and murder (killing the victim while having sex) is the big case Alexa is working on. When I picked up this book and read in astonishment the way this sociopath charmed the defense attorney and made her believe that he is innocent, I felt certain that Luke is going to woo Savannah right under her mother's nose. But no, it was nowhere close to Quentin. There were only mails to Savannah which made her mother paranoid.
Alexa is bitter about her marriage and her world revolves around Savannah. Years ago, Tom had swept her off her feet by his Southern charm and she had had a happy marriage for 7 years until Tom's first wife Luisa returned. Luisa had ditched Tom and their two boys for a richer partner of Tom. She came back with an intent to win Tom back. Although Alexa was every bit the ideal wife and a loving mother to Tom's two boys, he had fallen for Luisa all over again and betrayed Alexa. Tom's mother had helped Luisa who was from South while Alexa was a Yankee (which meant she was an outsider.. No matter what a Southerner always helps a Southerner). Luisa conveniently got pregnant with Tom's child and Tom divorced Alexa to marry her ( I never thought a man could be so dumb or egoistic!) Alexa hasn't gotten over her marriage for last 11 years.
She hasn't seen her husband it last 11 years but now she has to trust him to keep their daughter safe while she battles the case in New York.
Savannah goes to Charleston and connects with her roots and gets comfortable (which makes Alexa worry if she will lose her daughter to South) while Luisa is a bitter women who makes life hell for Tom (yay!! Well deserved !)
I liked the strong potrayal of Alexa who doesn't go back to her ex-husband no matter how she loved him, he was a weak man. The bond Alexa and Savannah share is also something extra ordinary.. I envied the ease with which they lived together.. Also in the book is the adorable Daisy (Luisa's daughter and the reason Alexa was divorced) who loves Savannah to bits! Aww too cute it was!
We see a whole family rebounding (no not the adults! ) and ofcourse love.. IT was however more of a transition for Alexa through the "empty nest" phase and getting over the bitterness that poisoned her for more than 10 years..