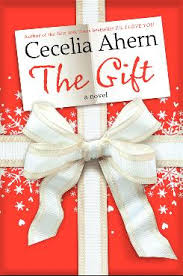 Author- Cecelia Ahern
Best seller: P.S I love you..
Synopsis: From the book
People, like houses, hold their secrets. Sometimes the secrets inhabit them, and sometimes people inhabit their secrets. They wrap their arms tight to hug them close, twist their lying tongues around the truth. But, like gravy left overnight, the truth is a thin layer of film that forms and covers the surface. The truth prevails, rises above all else. It squirms and wriggles inside, grows until the swollen tongue can‘t wrap itself around the lie any longer, until the time comes when it needs to spit the words out and send truth flying through the air and crashing into the world like…well, like a frozen dead bird through a living room window. Truth and time always work alongside each other.
This story is about people, secrets, and time. About people who, not unlike wrapped parcels, cover themselves with layers and layers until they present themselves to the right ones who can unwrap them and see inside. Until that happens they lie under a tree, being poked and prodded by unwelcome hands. Sometimes you have to give yourself to somebody in order to see who you are. Sometimes you have to let that person unravel things to get to the core.
This is a story about people who find out who they are. About people who are unraveled and whose cores are revealed to all who count. And those who count are finally revealed to them. Just in time.
Excerpts:
LOU SUFFERN ALWAYS HAD TWO places to be at one time. When asleep, he dreamed. In between dreams, he ran through the events of the previous day while making plans for the next, so when he was awakened by his alarm at six a.m. every day, he never felt very rested. When in the shower, he rehearsed presentations, often while responding, one hand outside the shower curtain, to e-mails on his BlackBerry. While eating breakfast he read the newspaper, and when being told rambling stories by his five-year-old daughter, he listened to the morning news. When his thirteen-month-old son demonstrated a new skill each day, Lou‘s face displayed interest, his mind feeling the exact opposite. When kissing his wife good-bye, he was usually thinking of someone else altogether.
Maithili Speaks:
When I heard of this book I thought, "Ok its by Cecelia Ahern so it must be about romance ( we still are under P. S I love effect when it comes to Cecelia Ahern) and its only 165 pages on pdf so I will review it quick!
I was in for a surprise and yes what a Gift!!
Lou the workaholic who who is proud of his ability to juggle things one fine day chats up with a  homeless Gabriel or Gabe as he is called and stumbles upon the clever planning going on behind his back by his friend cum rival at the office- Alfred. Both Lou and Alfred and coveting the position of their sick superior and trying to earn brownie points from their boss Mr Patterson.
The observant shoe watcher gives him clues and Lou finds  a striking resemblance with Gabe. He finds himself offering Gabe a job in mailroom.
Lou's family life is almost non-existent as he continuously mails and texts away on his blackberry while his wife is trying to steal a little bit of his attention. He is deaf to his months old son's crying  and his 5 year old daughter's constant pleas for him to come to watch her play. He efficiently hands over the responsibility to arrange for his father's 70th birthday to his secretary Angela who doesn't even know his father! He missed dinners with family, makes promises he is isn't willing to keep, cheats his children..His only defense for his neglect of familial commitments is "work can fire me, family can't" and you feel like slapping him left right!!
Work is where he is the perfect guy. The man of the moment.. (never mind his escapades with girls from every department and his on going tad bit sleaze with his secretary).
But with Gabe in the office premises, things begin to change. Lou is left wondering how Gabe manages to reach places in a jiffy and is almost intimidated  by the liking his boss has taken to Gabe. Gabe wins hearts and miraculously is present at more than one place!
Soon Gabe gives off his secret to Lou and Lou discovers a truth he had been blind to.. It was the gift Gabe gave him..
At the end of it you feel sorry for Lou and his family but there is also a positive side to it.. If I tell that then I will spoil the fun for you people.. So I would say it is definitely a good read with a strong message at the end..
Rating: 4.7 on 5
Price : INR 250

P.S| This was our first book request. Thank you SMITA for allowing us the pleasure of reviewing this wonderful book. Hope we have done justice to your questions. Keep Reading Us and Keep Requesting Reviews
Posted by maithili at August 20, 2011
Email ThisBlogThis!Share to TwitterShare to FacebookShare to Pinterest
Labels: cecelia Ahern, General Fiction, Maithili